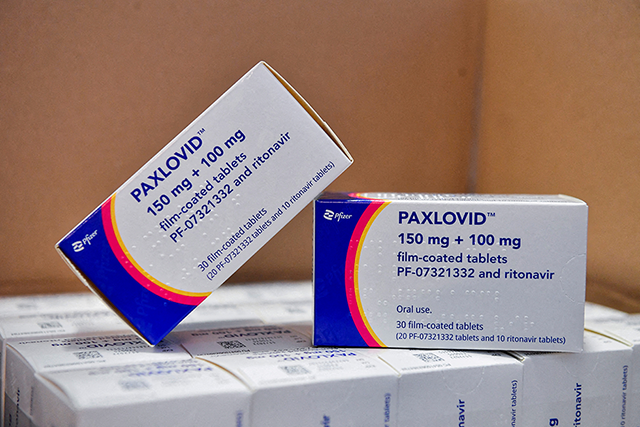 Emma Nelson writes:Minnesota will be among the first states in the nation to host federally supported sites where COVID-19 patients can access both testing and treatment. The White House announced Thursday that it will send clinical staff to Minnesota to staff existing state-run testing sites, turning them into “test to treat” sites where eligible patients can get a prescription for the antiviral drug Paxlovid. … In Minnesota, teams of doctors, nurse practitioners and physician assistants will be able to write prescriptions for patients who test positive for COVID at testing sites to treat, said Erin McLachlan, program manager for COVID-19 preparedness. health care at the Minnesota Department of Health (MDH). »

For KSTP-TV Eric Chaloux reports, “The Minneapolis City Council announced Thursday a delay in the confirmation process to find a permanent city coordinator due to an ongoing investigation into the city’s human resources office.. Earlier in the week, a group of employees from the City Coordinator’s office raised allegations of an ongoing “toxic” work environment at one of City Hall’s most powerful offices. The CCO manages a variety of projects, including overseeing federal programs, major citywide events, city council-led activities, and the Minneapolis Convention Center.

For KSTP-TV Brittney Ermon reports, “Some school districts in Minnesota have said they are being proactive in implementing protective safety measures to keep children safe in the classroom. “It’s a nightmare in every sense of the word,” Lakeville-area schools superintendent Michael Baumann said of the Texas mass shooting. … Baumann hopes to allay concerns with a new safety system designed to protect Lakeville Schools students and staff in an active shooter situation. The design of 3D response systems would provide safe spaces and rapid response from first responders. The project has been in preparation for a year. »

Nick Ferraro writes in Pioneer Press: “A St. Paul man has pleaded guilty in federal court to his role as an intermediary in a straw-buying scheme to buy a gun that was ultimately used in the fatal shooting at Seventh Street Truck Park last October. Gabriel Lee Young-Duncan, 27, pleaded guilty in U.S. District Court on Wednesday to one count of conspiring to make a false statement while purchasing a firearm. … According to a January indictment, Young-Duncan conspired with Jerome Fletcher Horton Jr., 25, of Minneapolis, to purchase at least 25 firearms from Twin Cities gun dealers, whom Young-Duncan planned to sell to third parties who could not legally purchase a weapon.

John Myers writes for the Forum News Service: “When many people think of a flood, they imagine a rush of water that rises rapidly, wreaks havoc, then rapidly subsides to reveal the damage done. But in the water world residents are experiencing along Minnesota’s border lakes with Ontario this spring, flood waters rose weeks ago and are still rising, expected to exceed record highs in the next days.. It may be July before water levels return to near normal as the Rainy River watershed continues to overflow its limits, with flooding occurring just north of Lake Vermilion into the Lake of the Woods and beyond.

Said Matt Sepic for MPR, “The Minneapolis City Council on Thursday approved an additional $1.2 million in settlements for people assaulted by police during the protests and unrest following the police killing of George Floyd.. Freelance photographer Linda Tirado of Nashville will be awarded $600,000 for the loss of sight in her left eye after an officer fired a 40mm foam bullet into her while she was covering protests outside the 5th Police Station borough on May 29, 2020. … The board also approved a $645,000 payment to Virgil Lee Jackson Jr., whom police beat and tasered for two minutes, even after he surrendered.

For MPR, Michelle Wiley reports: “Hundreds of Planned Parenthood healthcare workers in north-central states, including Minnesota, have formally filed a union election petition with the National Labor Relations Board. The group includes more than 400 frontline workers at 28 locations in Minnesota, Iowa, North Dakota, South Dakota and Nebraska. … Workers told a news conference on Thursday that issues around decision-making, staffing levels and compensation all factored into their decision to pursue unionization.

FOX 9 reports: “The corner of 1st Avenue and 7th Street in downtown Minneapolis, where the famous First Avenue concert hall is located, will now be renamed in honor of Prince. The Minneapolis City Council on Thursday approved a petition to name that intersection “Prince Rogers Nelson Way.”