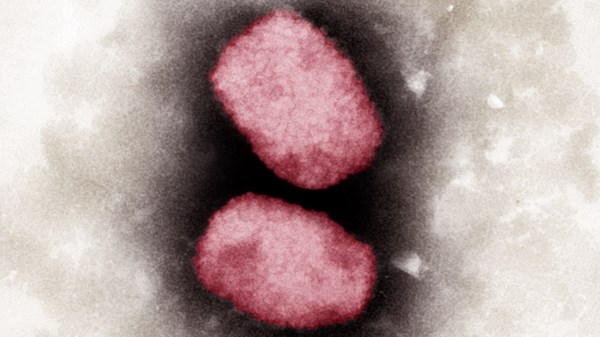 The maker of the monkeypox vaccine “Evanix” has ruled out a vaccine shortage, with cases of the disease detected in several countries around the world.
In statements to dpa, Rolf Sass Sorensen, spokesman for Danish-German company Bavarian Nordic, said on Wednesday: “We believe we can meet global demand without further investment in our production facilities.”
The company is headquartered in Denmark, where production is also carried out. However, the development of the viral vector vaccine is taking place at the company’s German headquarters in Martinsried, near Munich.
It should be noted that the company has the only license in the world to produce a monkeypox vaccine.
It is currently possible to produce 30 million doses of vaccine per year, Sorensen said.
However, the license is limited to the United States, where the vaccine is known as “Genius”, as well as Canada.
Sorensen said the company is considering licensing the vaccine in the European Union.
This vaccine has been licensed in Europe for the type of smallpox that used to infect humans and is currently considered extinct, and Sorensen said the vaccine is used in Britain, for example, under the slogan “Of Label/meaning License Free /”.
The spokesperson did not reveal the exact quantities of vaccines that will be sold and the countries that will buy them, and pointed out that the company is currently receiving requests “from very, very many countries”.
He added that it is likely that the company has received requests from all the countries in which cases of the disease have appeared.
German Health Minister Karl Lauterbach announced that his country had requested doses of the vaccine.
The development of the monkeypox vaccine by the Nordic Bavarian company had started on the basis of cooperation with the US government. The spokesperson said that after the September 11, 2001 attacks on the World Trade Center, the US government was concerned about an attack using smallpox viruses and planned to vaccinate the entire population of the country.
Sorensen said old vaccines were associated with significant side effects, “for this reason they came to us and begged us to create a better, newer generation of smallpox vaccination.” He added that the company’s vaccine is very safe and has been tested on a strong evidence base.