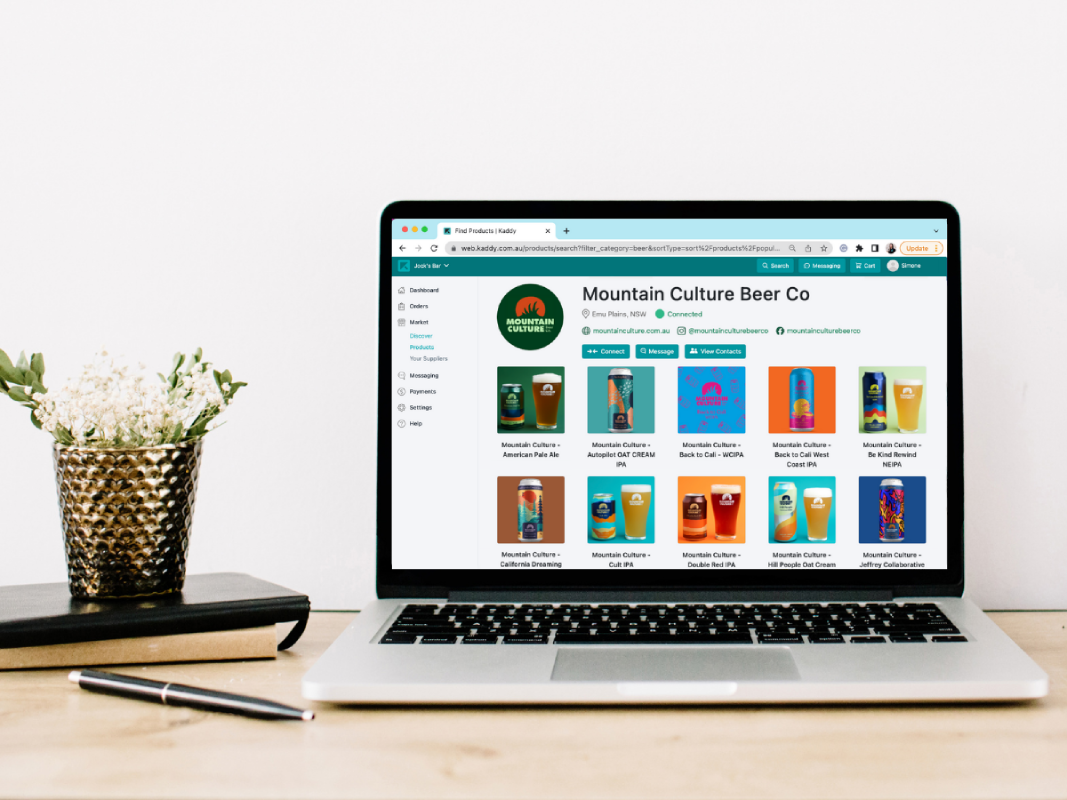 A year later, the brewery’s NEIPA phrase ‘Be Kind Rewind’ was voted the fifth best Pale Ale in the world and Australia’s best on popular beer ranking website, Untappd. This popularity has also translated into sales, with the brewery recording “triple digit growth”.

“Now that we have opened the second brewery, our production capacity has increased to a level that supports our business growth plans, and we see Kaddy as the ideal wholesale partner to help bring more Mountain Culture beer to thirsty Australians.”

Kaddy is one of Australia’s leading B2B platforms, serving over 2,500 business locations nationwide, with a particular focus on craft drinks.

“Partnering with Kaddy was the next logical step to expand the reach of our products,” adds Browne.

Kaddy co-founder Rich Coombes is excited about the potential of the partnership.

“We are excited to have Mountain Culture on board as they expand their wholesale reach and simplify their path to market.”

“Supporting local breweries and helping them grow is the foundation on which Kaddy was built,” adds Coombes.

The entire main line and limited releases of Mountain Culture will be available on the Kaddy marketplace platform, which now offers over 13,000 products and has recently been revamped under new ownership DW8.

“Liquor venues and retailers across Australia will have an easy way to get their hands on [Mountain Culture’s] brews and delights its customers,” concludes Coombes.