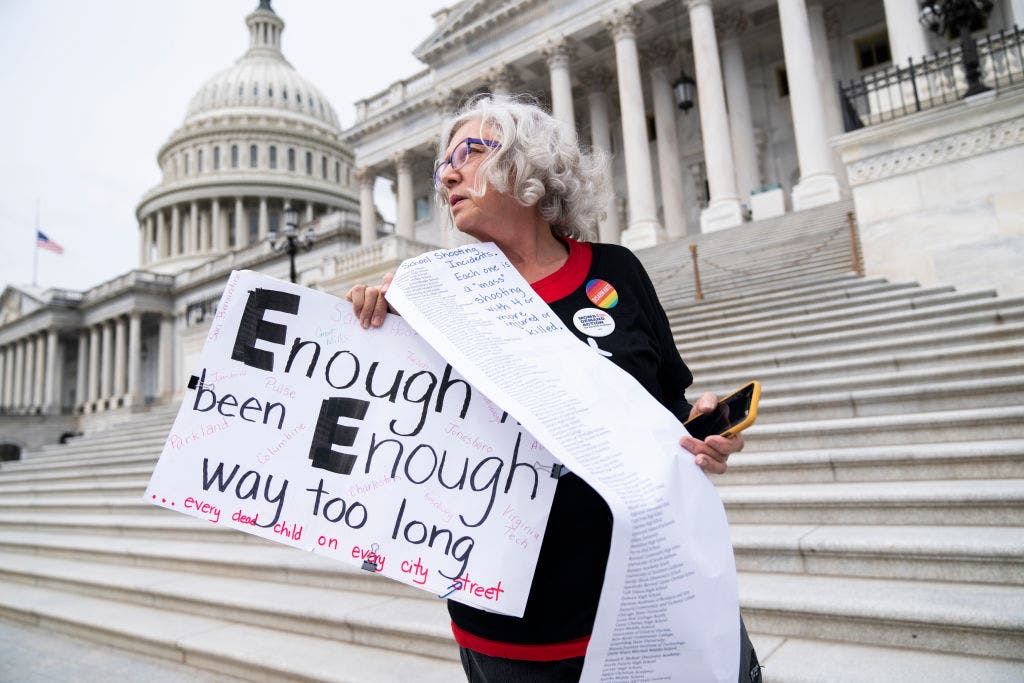 Comedian Dean Obeidallah wrote a column for MSNBC on Saturday that claimed the right to own a gun was decided by a “cowardly political” Supreme Court rather than the US Constitution.

As multiple outlets attacked Second Amendment supporters as “barbarians” following a mass shooting in Texas, Obeidallah insisted it was the 2008 Heller case that decided possession of guns was a “constitutionally guaranteed right”.

“But even if such laws were to be enacted – at the federal or state level – there is a big problem: the 2008 United States Supreme Court decision District of Columbia v. Heller, in which the court, in a 5-4 decision, essentially rewrote the Second Amendment to create a constitutionally guaranteed right for an individual to own a firearm,” Obeidallah wrote.

Obeidallah argued that while the Second Amendment referred to the right to “bear arms,” ​​it was not until the 2008 court ruling that the nation decided to codify “an individual’s constitutional right to have gun”.

With loaded guns in hand and flags all around, people gather for an open 5-mile freedom march organized by Florida Gun Supply in Inverness, Florida, U.S., July 4, 2016.
(Reuters)

“James Madison wrote the Second Amendment, and in his notes to the Constitutional Convention of 1789 there is not a single mention of an individual’s right to possess a firearm for self-defense or recreational purposes. If the framers wanted to create a constitutional right to gun ownership, then they would have made the Second Amendment a mirror of the First Amendment,” Obeidallah wrote.

To counter what he sees as a “political decision”, Obeidallah has called for the Heller decision to be overturned, similar to the possibility of the Supreme Court’s reversal of Roe v. Wade.

Cindy Nell of Prince Georges County, Maryland holds a list of school shootings since 1998 during a protest with Moms Demand Action for Gun Sense in America Wednesday, May 25, 2022, on the Senate steps of the US Capitol after the last mass shooting at a Texas elementary school.
(Tom Williams/CQ-Roll Call, Inc via Getty Images)

“That’s why we need to make overturning the Heller decision a rallying cry the same way the right has made overturning Roe v. Wade its mission. Even though some say the Second Amendment should be repealed, the amendment itself is not the issue,” Obeidallah wrote. “The problem is the GOP-controlled Supreme Court’s rewrite of this amendment in Heller. You don’t have to be a lawyer to understand that the Second Amendment was never intended to give an individual the constitutional right to possess a firearm. The language of this one-sentence amendment could not be clearer.”

WINSOME SEARS ON TEXAS SCHOOL SHOOTING: ‘IT’S NOT THE GUN’

“Why didn’t they do it? It’s simple. They specifically tied the right to bear arms to service in the militia,” Obeidallah explained. “It’s time to be frank: Heller was a political decision, not based on a good faith reading of the Constitution.”

A policeman stands guard during a protest by victims of gun violence outside the Supreme Court. A helicopter landed near the building on Friday after someone attempted to set themselves on fire.
(Joshua Roberts)

While Congress has yet to take action on the gun issue, some media outlets and public figures have blamed all Second Amendment supporters after the shooting at Robb Elementary School in Uvalde, Texas. Some liberal activists like filmmaker Michael Moore have called for the repeal of the Second Amendment.