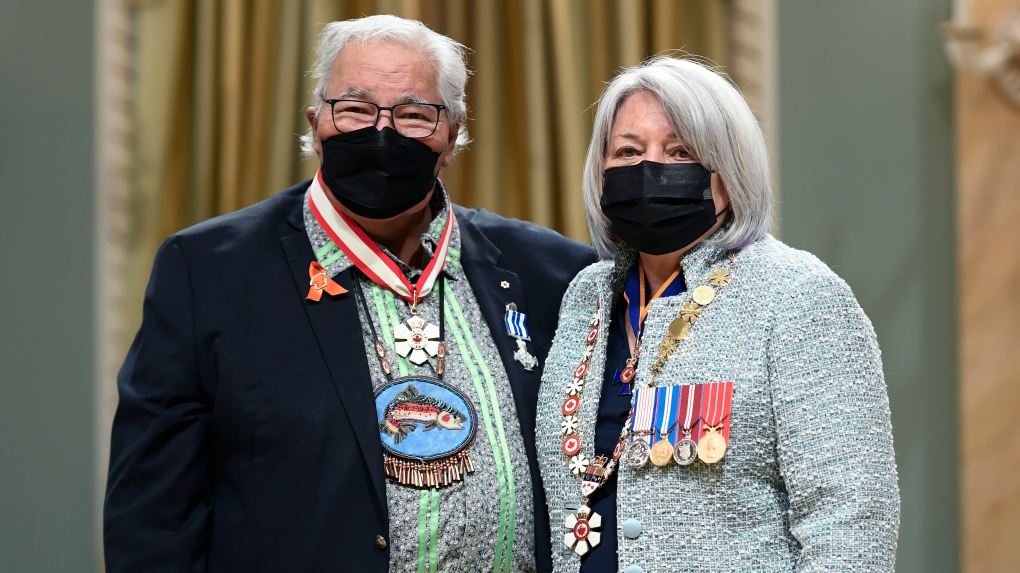 Murray Sinclair received the Order of Canada on Thursday for dedicating his life to defending the rights and freedoms of Indigenous peoples.

Sinclair held his wife’s hand as the award was announced at Rideau Hall and was met with a standing ovation when he rose to receive it.

Governor General Mary Simon presented the award to Sinclair at the ceremony, which took place several months after it was announced that he would receive the honor.

By accepting the award, Sinclair wanted to show the country that working on Indigenous issues requires national attention and participation, he said in an interview.

Sinclair, 71, said at his age he began to reflect on his life and realized he had both the joy and the sadness that comes with being involved in this work.

Receiving the award recognizes the importance of this work and can be an inspiration to young people, Sinclair said.

“When I talk to young people, I always tell them that we all have a responsibility to do our best and do our best,” he said.

Sinclair led the Truth and Reconciliation Commission, which investigated the experiences of Indigenous children sent to residential schools.

Sinclair said it was a special honor to receive the award from Simon, the first Indigenous governor general, as she is a good friend and served as an honorary witness to the commission.

“As Indigenous people, we had a unique relationship. And I think we brought it to what happened here today,” he said.

The former senator is a highly respected voice on issues of reconciliation between Indigenous and non-Indigenous peoples.

The Order of Canada is one of the highest honors in the country, awarded to those who have made an exceptional contribution to Canadian society.

Sinclair also received the Meritorious Service Cross for his role in overseeing the Truth and Reconciliation Commission and producing the final report.


This report from The Canadian Press was first published on May 26, 2022.


This story was produced with the financial assistance of Meta and the Canadian Press News Fellowship.