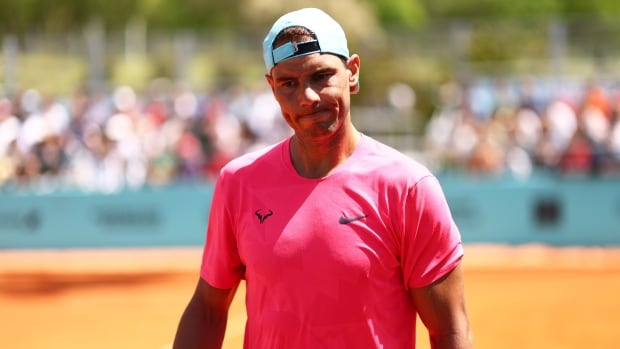 Rafael Nadal and Novak Djokovic have criticized Wimbledon’s decision to exclude players from Russia and Belarus from participating in this year’s tournament after Russia invaded Ukraine.

The two tennis greats said on Sunday that Wimbledon had acted unfairly.

“I think it’s very unfair to [on] my Russian tennis buddies, my colleagues… it’s not their fault what’s happening right now with the war,” 21-time Grand Slam winner Nadal said in Spain where he and Djokovic are preparing to play at the Madrid Open.

“I feel sorry for them,” Nadal said. “Wimbledon just made their decision…the government didn’t force them to do it.”

Nadal added: “Let’s see what happens in the next few weeks, if the players will make some sort of decision in this regard.”

The ATP and WTA tennis tours have both publicly criticized the All England Club’s decision announced on April 20.

High-profile players affected by the ban include defending US Open champion Daniil Medvedev, Andrey Rublev and French Open runner-up Anastasia Pavlyuchenkova, all of whom are from Russia. Victoria Azarenka from Belarus, who helped Russian forces, could not play either.

Djokovic compared the situation of the excluded players to what he went through in January when he couldn’t play the Australian Open. He was kicked out of Australia for not being vaccinated against COVID-19.

“It’s not the same thing, but going through something similar earlier this year for me is frustrating knowing you’re not able to play,” Djokovic said. “I still maintain my position that I do not support the [Wimbledon] decision. I think it’s not fair, it’s not right, but that’s the way it is.”

The All England Club justified its action in a statement first posted on Twitter.

“Under the circumstances of such unjustified and unprecedented military aggression, it would be unacceptable for the Russian regime to derive benefits from the involvement of Russian or Belarusian players in the championships,” the statement said.