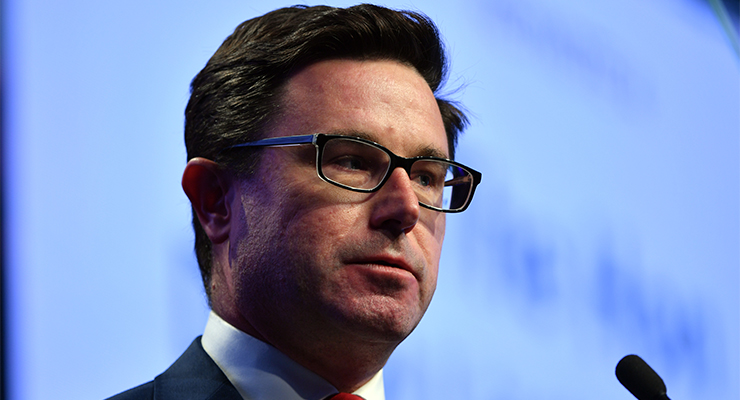 David Littleproud is the new leader of the Nationals this morning, after ousting Barnaby Joyce. But regardless of his profound political and personal failings, Barnaby Joyce at least has a coherent view of the Nationals. That might be the only consistent thing about him. It’s a view taken from the mining industries who are such generous donors to Federal Nationals: Get in, rip out as much as you can while you can, don’t worry too much about rules and regulations, and don’t worry about damage you inflict on everyone. If called upon, just pretend you’re good for Australia and the backbone of the country.

For miners, these are resources in the earth. For Joyce and the Nationals who share his vision of their role, it’s taxpayers’ money.

It’s the “don’t care about the damage you inflict on everyone else” part that the Nationals are now concerned about. Joyce couldn’t care less about the damage he had personally inflicted on so many Liberal candidates across the country. It’s not his problem, even though he, along with the equally toxic Scott Morrison, cost the coalition government dearly and stripped the Liberal ranks of a generation of talent. He doesn’t care because the Nationals took their seats, though that masks the fact that where Barnaby campaigned their vote dropped, and where he stayed away a few hours of visits – Victoria – it grew.

Victorian Darren Chester, who also challenged Joyce for leadership today, has a different, more sophisticated take on the Nationals’ role. “There’s no doubt in my mind that some of the comments from a few colleagues…have had an impact on the Liberal Party candidates in those more moderate parts of the urban areas,” he said last week. “[Let’s] not sabotage Liberal campaigns in the city.

He understands that without the Liberals, the Nationals are just one of the little minor parties good for colorful media copy and not much else. 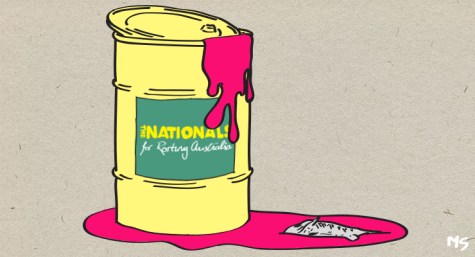 He also understands that how Joyce and his cronies, like Matt Canavan, communicated is also important to the alienation of moderate voters. “I think they want us to be maybe more moderate and more respectful in public debates.”

In the middle is Littleproud, who claims to represent a generational shift for the Nationals, but who is more a combination of the traditional extractive attitude towards the public purse, with a more subdued and calmer demeanor.

What’s missing from Littleproud and Joyce’s visions of the National Party is that he can actually combine supporting common sense approaches to climate policy that wouldn’t undermine the Liberals and delivering for regional communities – rather than just relentlessly pigging out and appointing companions to second-tier government agencies, which is the Nationals’ current vision of delivering for communities.

NSW nationals get it. They have gladly worked in cooperation with the New South Wales Liberals to deliver major energy projects in regional areas that come with billions in investment and thousands of jobs. What’s not to like? Private sector infrastructure, regional jobs, reduced emissions, faster decarbonization, just transition for workers in the fossil fuel economy.

That’s not to say the NSW government wasn’t riddled with pork until recently – Dominic Perrottet says the days of pork are now over – but if you wanted a simple demonstration of how Nationals can fulfilling their claim to truly represent the needs of the region and rural communities while making life easier for urban liberals, that’s it.

Whether Littleproud is ready to learn the lessons of NSW and, for that matter, the 2022 election remains to be seen. For the next three years, under the status quo, the Nationals have nothing to extract. They are just another minor party good for colorful media copy.