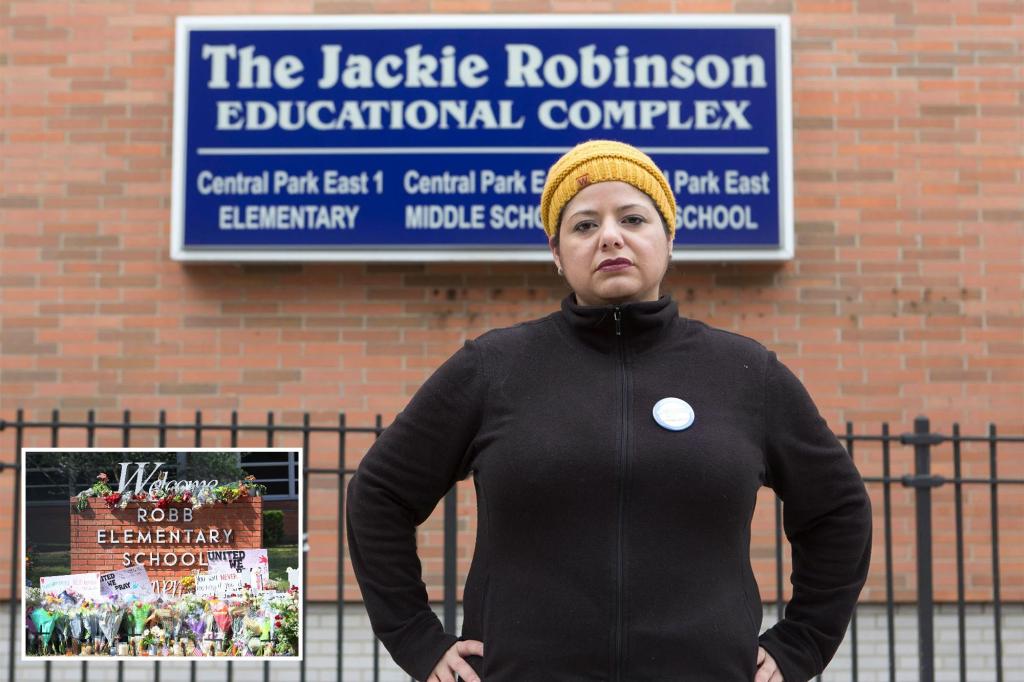 For many participants across the five boroughs, the dangers of gun violence sounded all too familiar, as they called for stronger school safety measures and mental health resources in all schools.

“We are no strangers to gun violence and young people being killed,” said Bronx high school teacher Ilona Nanay. “We are frustrated that it takes a tragedy to draw attention to this because it is so much part of our daily life here.”

“Many of the guns used in our neighborhood are not purchased legally – ending gun sales is not enough,” she added.

The Soundview-based teacher spoke with her students today about the shooting in Uvalde, Texas, which killed 19 students and two teachers, and how they can cope with rising gun violence in their own neighborhood during the pandemic.

“They’re just very angry, they feel like the violence here has been normalized, forgotten and ignored,” Nanay said.

Protest organizers said turnout was widespread – including Ariela Rothstein, a history teacher in Elmhurst, Queens, who said she had never seen “this kind of reception before”.

“There’s real sadness and real anger,” said Rothstein, an organizer with the United Federation of Teachers, whose caucus has advocated for a change in the leadership of the teachers’ union.

Manhattan mom Kaliris Salas-Ramirez, who sits on the city’s Schools Advisory Board, sent her son to Central Park East One wearing a black Nets t-shirt and took part in a virtual vigil at the school in ‘East Harlem last night. The child is 10 years old, the same age as the deceased children.

The latest from the Texas school shooting

“It hits us close to home,” she said.

The protest came days after Mayor Eric Adams held a press conference, during which he discussed new security measures, ranging from adding mobile non-invasive weapons detectors to buildings to locking down school gates once the children arrive.

In Texas, the school shooter entered through an unlocked door that had been held open by a teacher, The Post reported.

Stay up to date with the latest news with the evening update.

The Department for Education did not respond to an immediate request for comment on the school’s new security measures, including whether the school’s entrance gates have been locked this week.

After the shooting, teachers and school staff worked with students, but some said they felt helpless.

“Our nervous system is overloaded, and it’s hard to even react or feel sad,” said Shoshana Brown, a school social worker at the Seward Park campus on the Lower East Side.

“That – in competition with the end-of-year push to get our students to complete their final projects, finish their school year, and finish on a high note – made it very difficult to keep up with all of these competing demands.”