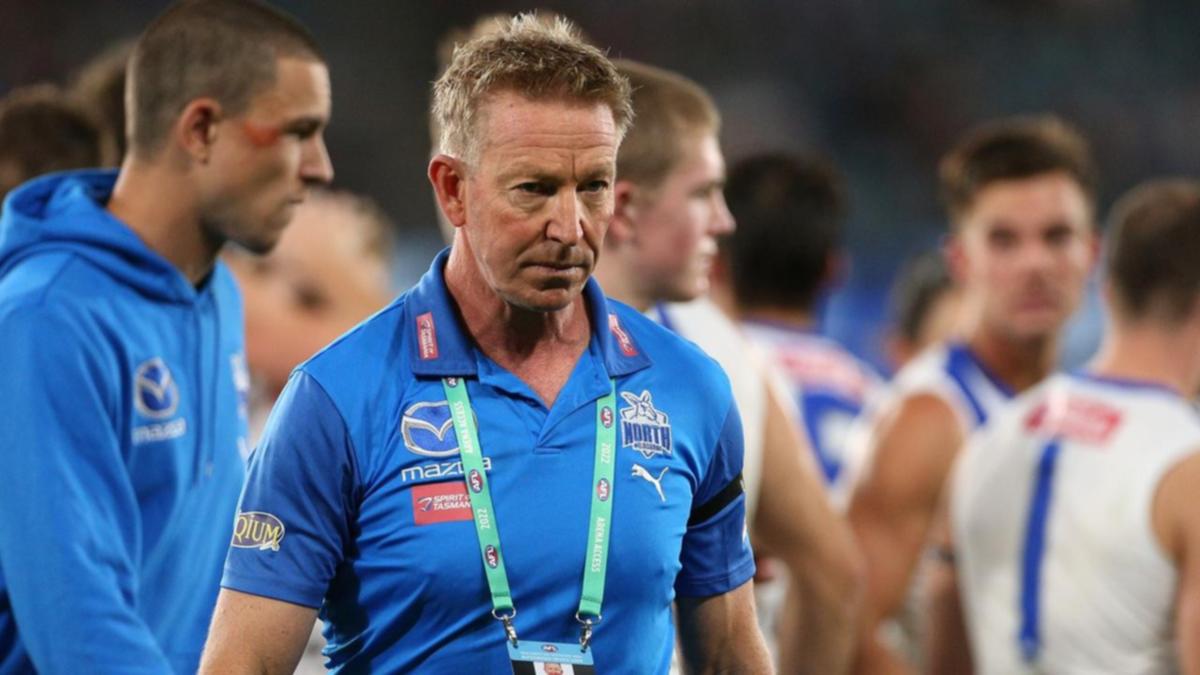 It was revealed earlier this week that Noble had apologized to his side for handing out a harsh assessment of their 108 AFL points beating by Brisbane in the third round at the Gabba.

The second-year coach conceded he got it wrong in the heat of the moment and addressed his players too soon after the game.

The Kangaroos’ winless streak was extended to seven on Saturday afternoon thanks to a 69-point loss at the hands of a surging Port Adelaide in Hobart.

Noble dismissed suggestions that the extra scrutiny had had a personal impact.

“I don’t feel that’s the case. I had great support from the players. Lots of people outside, calling and checking in, which was great” , did he declare.

“It’s part of the business (media coverage). I was probably a little surprised at how big it was, to be honest.

“Internally, we talked about it as a group. We wanted to take the opportunity to galvanize ourselves a bit (against Port Adelaide).

“We want to create an environment where players and staff feel safe. Leadership and a growth mindset is about being vulnerable.”

The Kangaroos, who were blown away in the first and last quarters, were without midfielder Jy Simpkin, who retired late with a suspected hamstring injury.

Their task will not be any easier against reigning Melbourne Premiers in the next round.

“I’m frustrated that we can’t have our best crew in the paddock, period,” Noble said.

“Obviously Ben (McKay) is injured. We have some young greats in development at the moment.”