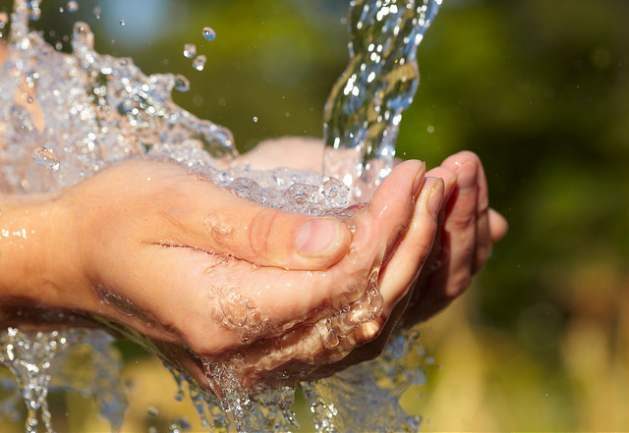 MADRID, May 26 (IPS) – As busy as they are strengthening military alliances and pouring billions of taxpayers’ money into doubling their war budgets and subsidizing fossil fuels, European governments seem not to care repeated warnings that their continent faces a serious risk: the reduced availability and more polluted drinking water.

Two specialist bodies – the United Nations Economic Commission for Europe (UNECE) and the European branch of the World Health Organization (WHO) – have warned that plans to make access to water possible in the face of climatic pressures “are absent” in the pan -European region.

And “in most cases” across the region, there was also a lack of coordination on drinking water, sanitation and health during the thirteenth meeting of the Working Group on Water and Health. which was held on May 19 and 20, 2022 in Geneva.

From inadequate drinking water supplies to contamination from sewage overflow and disease outbreaks due to improper sewage treatment, the existing risks of climate change for water, sanitation and hygiene in the pan-European region are expected to increase significantly, warned UNECE/WHO-Europe.

On this subject, a previous report: Drugged Water: A New Global Pandemic Hiding in Plain Sight? informs that people around the world are unknowingly exposed to water laced with antibiotics, which could trigger the rise of drug-resistant pathogens and potentially fuel another global pandemic.

A study developed by the United Nations Environment Program (UNEP) has found that globally insufficient attention is being paid to the threat posed by antimicrobial resistance, with most antibiotics being excreted in the body. environment via the toilet or through open defecation.

While 80% of the world’s wastewater is untreated, even in developed countries, treatment facilities are often unable to filter out dangerous insects.

Already in 2015, 34.8 billion daily doses of antibiotics were consumed, of which up to 90% are excreted into the environment in the form of active substances. Since then, the amount of antibiotics consumed daily has increased dramatically.

The dangers are real

“Climate change is already posing serious challenges to water and sanitation systems in countries around the world,” said Thomas Croll-Knight, spokesperson for the United Nations Economic Commission for Europe.

“From reduced water availability and contamination of water supplies to damage to sanitation infrastructure, these risks are expected to increase significantly unless countries step up measures to increase resilience now” , warned Thomas Croll-Knight.

It is estimated that more than a third of the European Union will experience “high water stress” by the 2070s, by which time the number of additional people affected (compared to 2007) is expected to increase from 16 to 44 million.

Meanwhile, as governments prepare for the upcoming UN Climate Conference (COP 27) in November 2022 in Egypt and the 2023 UN Water Conference, the UNECE has painted a potentially bleak future in parts of Europe.

“From damage to water supply and sanitation infrastructure, to degraded water quality and sewage dumping, the impacts are already being felt.”

For example, the increase in energy demand and the interruption of sewage treatment plants in Hungary threaten significant additional operational costs for wastewater treatment.

And the challenges of ensuring an adequate water supply in the Netherlands have increased, while Spain struggles to maintain a minimum supply of drinking water during periods of drought.

But if the governments of rich, industrially and technologically advanced Europe are not devoting sufficient attention to the impending shortage of drinking water, imagine the case for the overwhelming majority of developing regions.

In fact, it is estimated that more than two billion people worldwide live in countries that experience high water stress.

The United Nations Convention to Combat Desertification (UNCCD) reports that other estimates are even more pessimistic, with up to four billion people – more than half of the world’s population – already facing severe water stress for at least one month of the year while half a billion suffer from permanent water stress.

The situation has worsened as more than half of the world’s population will be at risk by 2050, due to pressure on global water resources.

“Desertification alone threatens the livelihoods of almost a billion people in 100 countries. Intense water scarcity could displace up to 700 million people by 2030,” said Munir Akram, President of the United Nations Economic and Social Council (ECOSOC) at a United Nations meeting held today. held more than a year ago.

On this occasion, UN Under-Secretary-General Amina Mohammed told the meeting that the current rate of progress would need to quadruple to meet the 2030 deadline.

“Furthermore, the planetary crisis, including the interrelated threats of climate change, biodiversity loss and pollution, will increase water scarcity,” she added.

Meanwhile, the United Nations Children’s Fund (UNICEF) during the same meeting reported that one in five children in the world does not have enough water to meet their daily needs.

“The global water crisis is not just imminent, it is here, and climate change will only make it worse,” said UNICEF Executive Director Henrietta Fore.

“Children are the biggest victims. When wells dry up, it is children who miss school to fetch water. When droughts decrease food supply, children suffer from malnutrition and stunting. growth. When floods hit, children fall ill with water-borne diseases…”

A UNICEF report has revealed that Eastern and Southern Africa has the highest number of children living in ‘water poverty’, with almost 60% of them facing difficulty accessing water. water every day.

Meanwhile, aid organizations continue to call for aid to be stepped up in the Horn of Africa, where the worst drought in 40 years is affecting some 15 million people in Kenya, Ethiopia and Somalia.

The drought follows four consecutive failed rainy seasons, and the fear is that the number could soar to 20 million if the current below-average rains fail.

UNICEF informs that South Asia is home to the largest number of children living in areas of high or extremely high vulnerability, at more than 155 million.

What’s wrong with the governments of the world?

What is the next step ?

Bookmark it or share it with others using some popular bookmark sharing websites:

Link to this page from your website/blog

Not enough clean water in Europe? We do not care…, Inter Press ServiceThursday May 26th, 2022 (Posted by Global Issues)