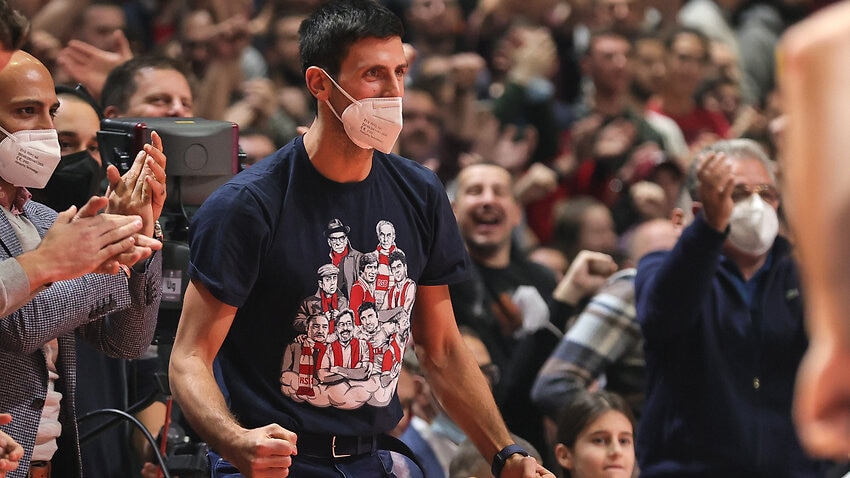 “The date of the first positive COVID PCR test was recorded on December 16, 2021.”

The articles then pointed out that Djokovic had not had any recent fever or respiratory symptoms from COVID-19 fifteen days after his diagnosis.

One of the documents describes an interview between Djokovic and the Australian Border Force. A partial transcript of this interview included “you have stated that you are not vaccinated against COVID-19”.

When the 34-year-old Serb landed in Melbourne on Wednesday evening, he was arrested and questioned before his visa was revoked and the tennis star was taken into immigrant detention.

Djokovic’s case is set to return to court on Monday when lawyers attempt to overturn the federal government’s deportation order.

The Serbian Foreign Ministry on Friday denounced Australia’s decision to cancel Djokovic’s visa, saying the star was the victim of a political game.

In a statement, Serbian Secretary of State Nemanja Starovic said the Serbian government did not want to influence the upcoming trial in Australia, but wanted Djokovic to be moved to better accommodation in the meantime.

Djokovic is staying at the Park Hotel in the inner north of Melbourne, known for hosting refugees from Manus Island and Nauru.

“The Serbian public has a strong impression that Djokovic is the victim of a political game against his will, and that he has been made to travel to Australia in order to be humiliated,” the ministry statement said.

“Novak Djokovic is not a criminal, terrorist or illegal migrant, but he has been treated this way by Australian authorities, causing understandable outrage from his fans and citizens of Serbia.”

Home Secretary Karen Andrews said Djokovic was not being held captive in Australia.

“He is free to go any time he chooses to do so, and Border Force will facilitate that,” she told ABC News.