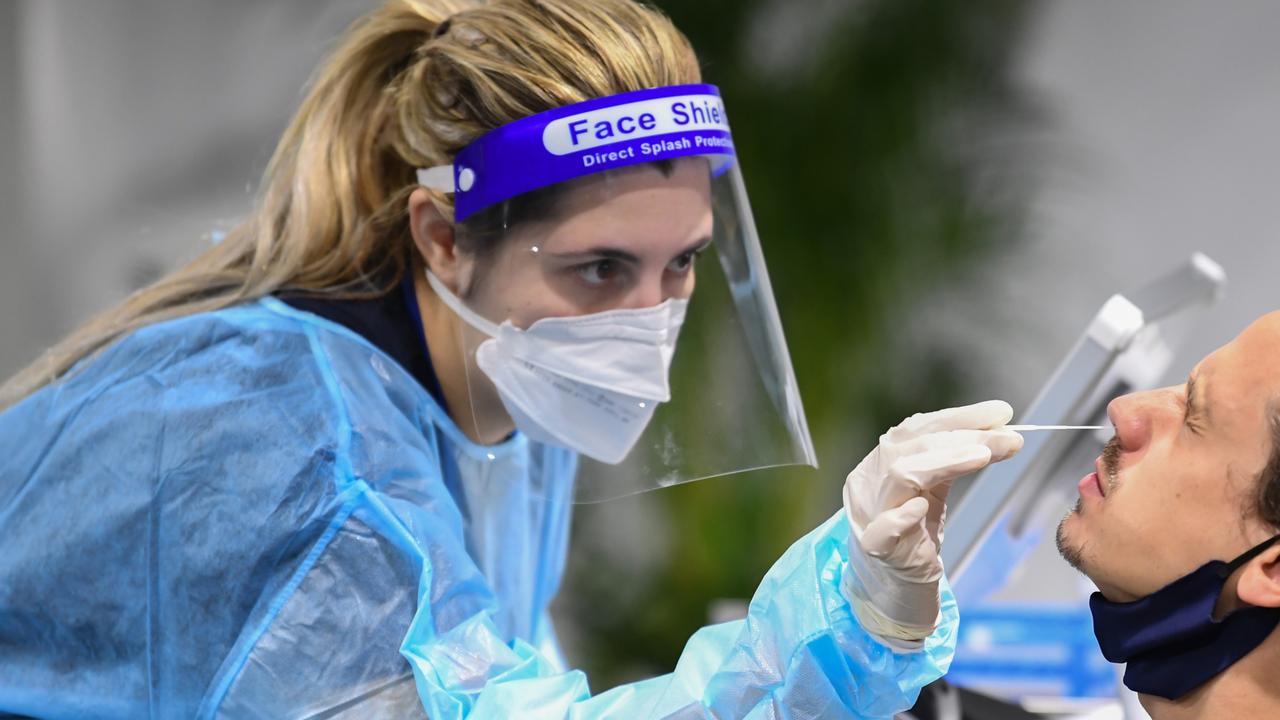 NSW has reported 23,131 new Covid-19 cases and two new deaths as hospitalizations reach higher levels than at the height of the Delta outbreak.

There are 1,344 people hospitalized with the virus, including 105 in intensive care.

The World Health Organization defines “controlled” epidemics as those with a positivity rate of less than 5%.

At the height of the Delta variant outbreak on September 21, 1,266 people were hospitalized, including 244 intensive care patients and 118 people on ventilators.

Of the population over 16, 93.6 percent are vaccinated at a double dose, while 95 percent have received at least one injection.

There were 83,376 PCR tests processed in the 24 hours through 8 p.m. Monday, down from the daily volume for the past few weeks.

NSW Premier Dominic Perrottet has repeatedly urged people to only show up for a PCR test if they have symptoms or have been advised for one by NSW Health.

State and territory leaders have agreed to move away from “benchmark” PCR testing, which requires lab analysis and places enormous strain on pathology systems with such a high sample volume.

In most cases, people are now asked to take a rapid antigen test (RAT) which involves a self-administered oral or nasal swab and can be done at home in an effort to ease the waiting lines. several hours and even longer waiting times for PCR test results.

It’s not clear how people who test positive on a RAT will see their cases collated by NSW Health, so the number of infections in the state may be even higher.

The federal government has agreed to fund half the costs of the rapid tests which have been purchased by the states and will be free for close contacts and people working in high-risk environments.

But Scott Morrison continues to resist calls to provide free RATs to all Australians despite people across the country struggling to buy them from drugstores and sold-out supermarkets.

The prime minister said on Monday that he did not want to “undermine business” by providing the kits for free.

“We are now at another stage in this pandemic where we just cannot go around and make everything free,” he told Sunrise.

“We have to live with this virus. It’s not a drug, it’s a test. And so there is a difference between these two things.

“What we constantly see from the Prime Minister is his ability to shift responsibility to states,” he said.

“States clearly believe that rapid and freely available antigen testing, as part of an ongoing response to Omicron, is part of what should be a national response. “

The increase in Covid-19 cases and hospitalizations, coupled with shortages of medical personnel, continue to put intense pressure on parts of the Australian healthcare system.

Residents of Victorian times and New South Wales have been urged not to report to hospital emergency departments unless they really need to in an effort to reduce some of the pressure.