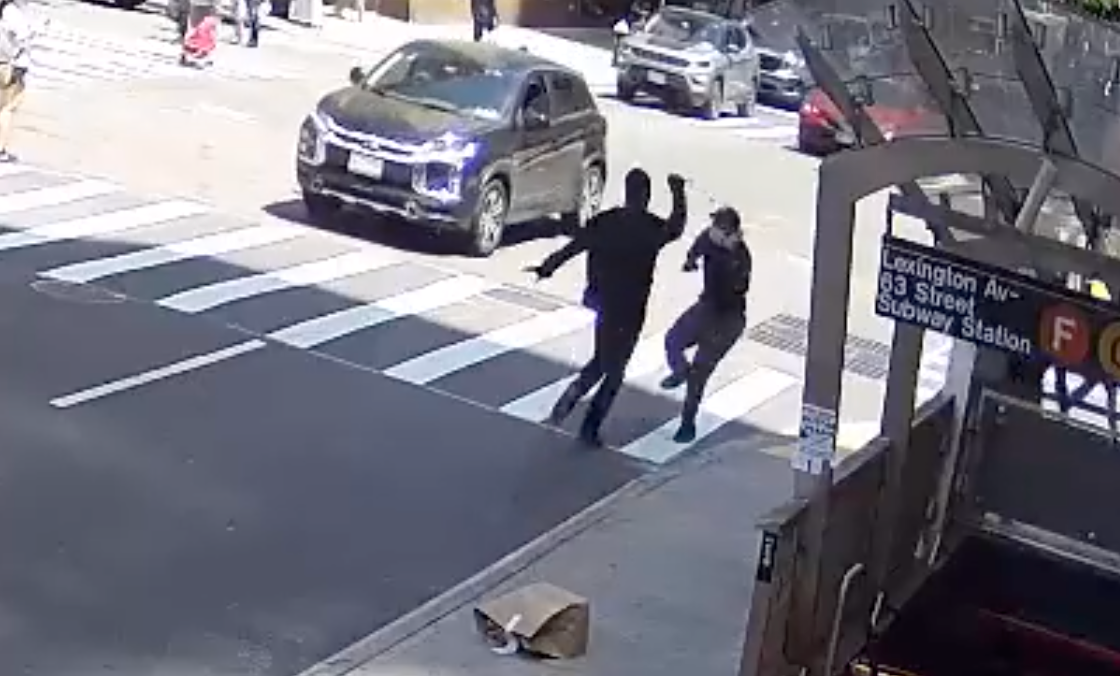 Top Fox News Flash headlines are here. Find out what clicks on Foxnews.com.

Shocking video released by the New York Police Department shows a man randomly attacked by a masked assailant with a large knife as he walked down the street in Manhattan on Thursday.

The video shows the suspect dressed in black with a balaclava mask covering his face. He was seen getting off a black e-bike before heading to the sidewalk near East 63rd Street and 3rd Avenue on the Upper East Side, police said.

A man was randomly stabbed on New York’s Upper East Side on Thursday.
(Twitter/News NYPD)

The 29-year-old victim is seen in the video wearing a baseball cap, white face mask and carrying a brown paper bag. The suspect approaches him, takes out a knife and lacerates the victim several times in the back and the left arm. The whole attack took place in broad daylight.

According to the police, the victim did not know the attacker and it happened without provocation.

WOMAN MOGGED ON NYC SUBWAY WHILE PEOPLE DO NOTHING

The victim was transported to an area hospital and was listed in stable condition.

The NYPD is still looking for the suspect and is asking for the public’s assistance in locating the alleged assailant.

The NYPD is looking for a masked assailant who randomly stabbed a man on the Upper East Side on Thursday.
(Twitter/News NYPD)