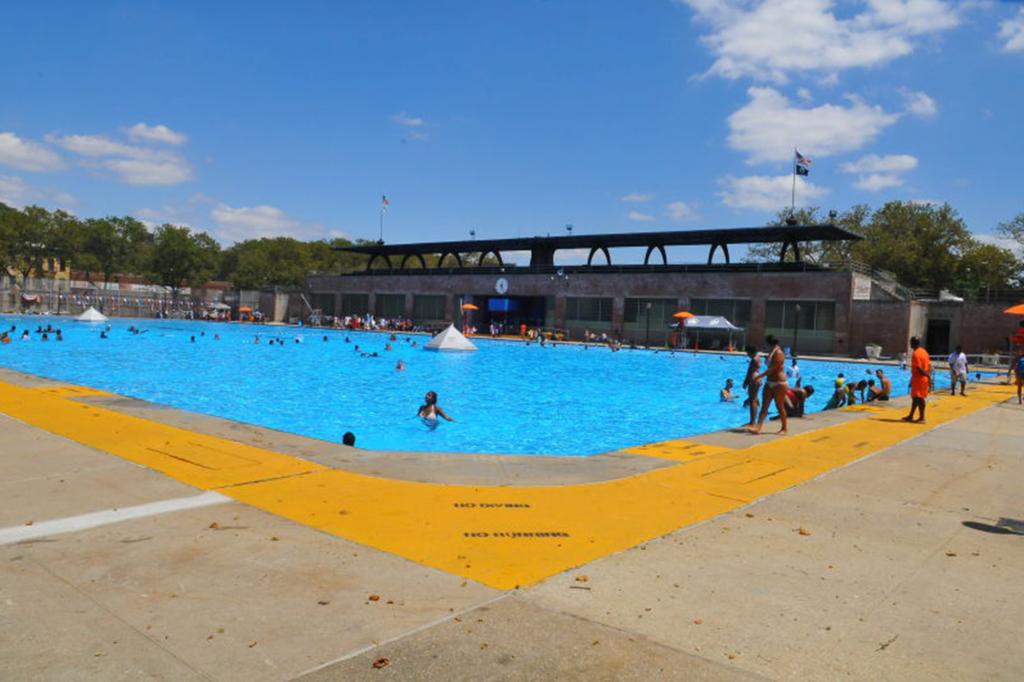 The 38-year-old Parks employee was cleaning the front of the Brownsville facility with a leaf blower at around 8 a.m. when she was struck repeatedly in the head with a metal folding chair, officials said.

The assailant then fled.

The woman was taken to hospital “conscious and breathing,” Parks officials said.

NYPD said she was in stable condition at Brookdale Hospital.

“Our staff experiencing violent assaults is nothing short of appalling,” said Crystal Howard, a spokeswoman for Parks. “. We are actively cooperating with the NYPD in their investigation of the matter.

Police said the suspect was a man wearing a ski mask, black shirt and black pants

There were no arrests.