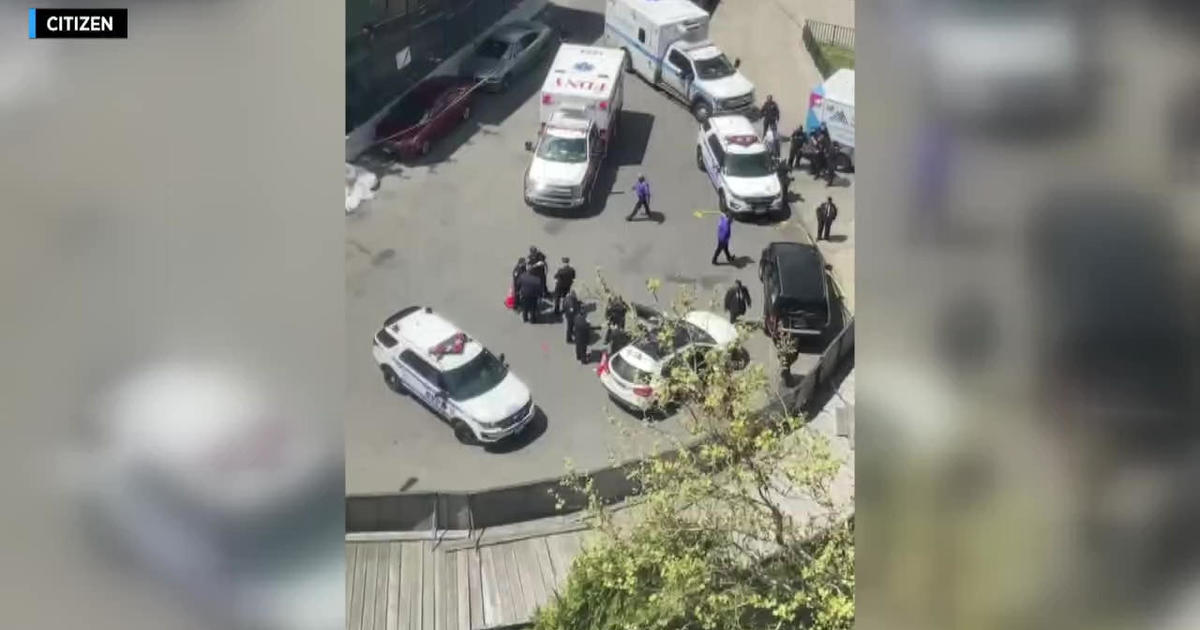 NEW YORK — In another wave of gun violence in the city, police say a man was shot and killed on the Upper West Side on Sunday.

As CBS2’s Lisa Rozner reported, the victim was found in a white Mercedes on 102nd Street. Police say he was shot following an argument, possibly over a woman.

The incident happened the day after Mayor Eric Adams had a big meeting with police chiefs on tackling crime.

Just steps from a playground and a football field, the NYPD Crime Scene Unit surrounded the SUV with smashed windows and Virginia license plates.

Police say Ronald Thomas, 27, of Glen Allen, Va., was found shot in the head inside the vehicle on the street near Amsterdam Avenue. Neighbors said they fired five to six shots around noon. Police say the suspect fled.

“It’s sad man. It wasn’t like this before,” one person said.

The dead end street is at the heart of NYCHA’s Frederick Douglass Homes and Carmen Quinones, the president of the tenant association, told Rozner that she has spoken with the victim’s family.

“They were coming from out of town. It was a spat, an argument, and someone came and shot him. That’s all I know,” Quinones said.

“I walk my dog ​​there almost every day and when I saw him I was going out to sit in the sun with my dog ​​and the whole street was taped off so, you know, I didn’t feel safe sitting outside , “said another neighbor.

The violence came less than 24 hours after Mayor Adams met with the commanders of the 77 police stations to discuss crime control strategies.

Starting Sunday, each borough has a violence reduction coordinator.

“I’m worried because things are happening all over town,” Upper West Side resident Amy Schwarz said.