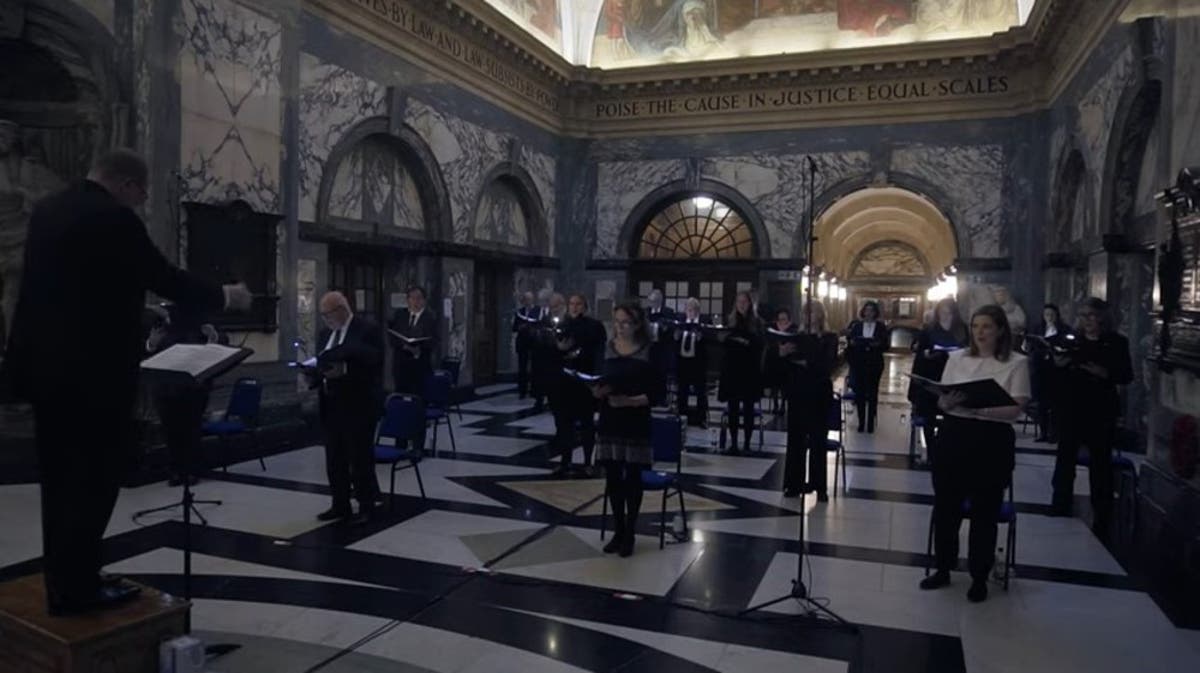 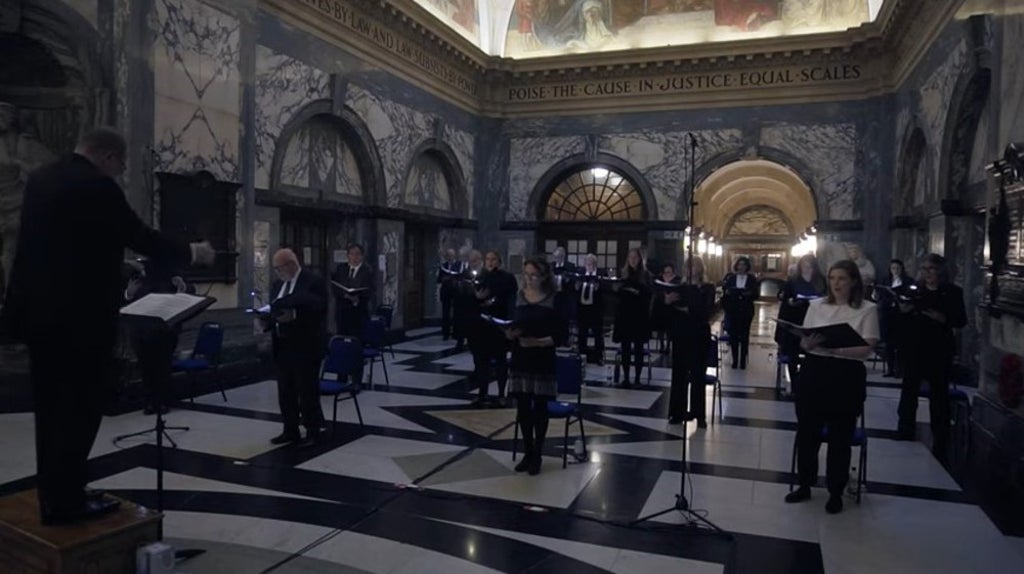 Judges, lawyers and staff at the Old Bailey will use “The Force” for a good cause with a performance of choral music featured in the Star Wars films.

The Old Bailey Choir and friends from the world’s most famous criminal court will perform Carl Orff’s powerful Carmina Burana, marking the 40th anniversary of the German composer’s death.

The piece – in a mix of Latin, High German and French – appears in several Hollywood blockbusters, but is also known from a classic TV commercial for Old Spice aftershave.

Money from the concert near London’s Central Criminal Court on June 15 will go to an ex-offender relief fund.

Judge Anthony Leonard QC, who sings bass in the choir, said: “I think it’s something completely different. You can completely disconnect from your daily life when you sing. And any choir will tell you that.

“And certainly with the kind of work we’re doing here, it’s a fantastic relief. It’s really good for you.

The Old Bailey Choir was formed in 2017 by two members of court witness services and initially had modest aims.

Judge Leonard told the PA news agency: ‘It was a huge success and he has grown in his ambition – and my God – even singing in Latin now.

“It’s a wonderfully friendly choir. It attracted a number of people from the legal profession – lawyers, barristers and judges from other courts, as well as many who work in the city.

“When we come to do Christmas carols, or even a concert, we get bigger because we can count on what we call friends of the choir to come and join us. And thank God they do.

“They love being associated with the Old Bailey. For them, it’s a treat, and for us, it’s also a huge treat.

The choir continued to rehearse throughout the pandemic despite the difficulties.

“We were doing all of this online,” Judge Leonard said. “It’s very difficult because you have to turn off your speaker so you don’t hear the other singers.

“While this is frustrating, it’s actually incredibly good for improving your skills.”

Due to Covid restrictions, the 2020 Socially Distancing Christmas Carol Concert was filmed in the Great Hall at the Old Bailey and posted to YouTube.

Judge Leonard said: “We thought we would come back strong this year doing Carmina Burana, which is hugely ambitious for any amateur choir. But again, using our friends, we should have a choir of around 70.

The choir is backed by a live orchestra drawn largely from the legal profession, with the string section assembled by Court of Appeal judge Lady Justice Andrews.

Among the three soloists is Rupert Pardoe, who practiced regularly at the Old Bailey before becoming a professional singer.

The choir led by Andrew Storey, a master at Dulwich College, has a diverse membership, the oldest having retired at 89 and the youngest in his teens.

Regarding the choice of music, Judge Leonard said, “It’s a huge piece. You need six percussionists just to make it work. It’s full of bangs and bells and whistles, and God knows what else.

“It’s partly in High German, partly in French and partly in Latin. And also there are pieces that are just gibberish, just noise.

“So from a choir that would only sing in English, to have them sing in three languages ​​is quite extraordinary, quite an achievement.”

Proceeds go to the Sheriffs’ and Recorder’s Fund, which supports ex-offenders in the weeks following their release and improves prison visitor centers.

Judge Leonard added: “Anything that can be done to encourage people not to come out and not to re-offend is close to the heart of anyone working in the justice system.”

– The Old Bailey Choir and Friends concert at Holy Sepulcher Church, Holborn, is from 7pm on June 15. Tickets are available at https://carminaburanaoldbaileychoirsrf.eventbrite.co.uk.