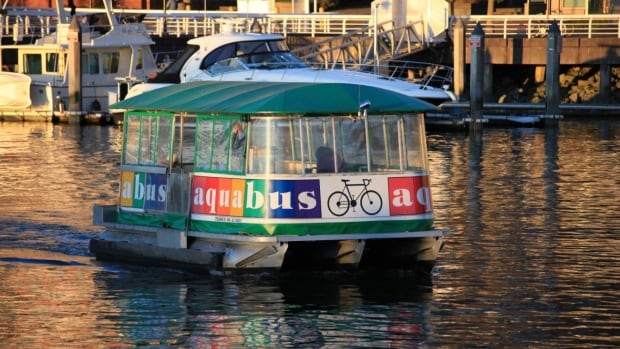 Aquabus owner Jeff Pratt, whose family has run the company since 1985, said switching to electric boats was a long-held dream and now, with advances in battery life and size, this dream has come true.

“We loved the idea of ​​a small electric boat…it’s a moment we’ve been waiting for a long time,” Pratt said.

The company says customers can expect a quieter and more environmentally friendly ride.

“A diesel engine thumps and thumps…I think they’re going to notice the silence and the waves hitting the boat, which you’ve never heard before,” Pratt said.

The company chose to install the new engine in an old wooden boat built on Vancouver Island in the 1980s.

“This one has done us such a great service, and we just felt we had to take the old diesel out of it and put something quiet in it so it could finish its years in peace.”

Pratt said the ship’s modernization process was a fun challenge.

The electric motor cost more than twice as much as a traditional motor and required a ton of work. Pratt said it took all winter to complete the work.

“I was listening to environmentalists and one person hit me, said, ‘You just have to start somewhere’…that was good advice.”

Soon after, Pratt decided to take the plunge and began ordering the parts.

The new electric motor will eventually pay for itself, Pratt said. The company will save on fuel costs and the new engine will require less maintenance than the previous one.

“There’s a little time left before the payback, more than most people would feel comfortable with, but we’re doing it anyway.”

He said they hope to convert more Aquabus vessels to electricity in the future.