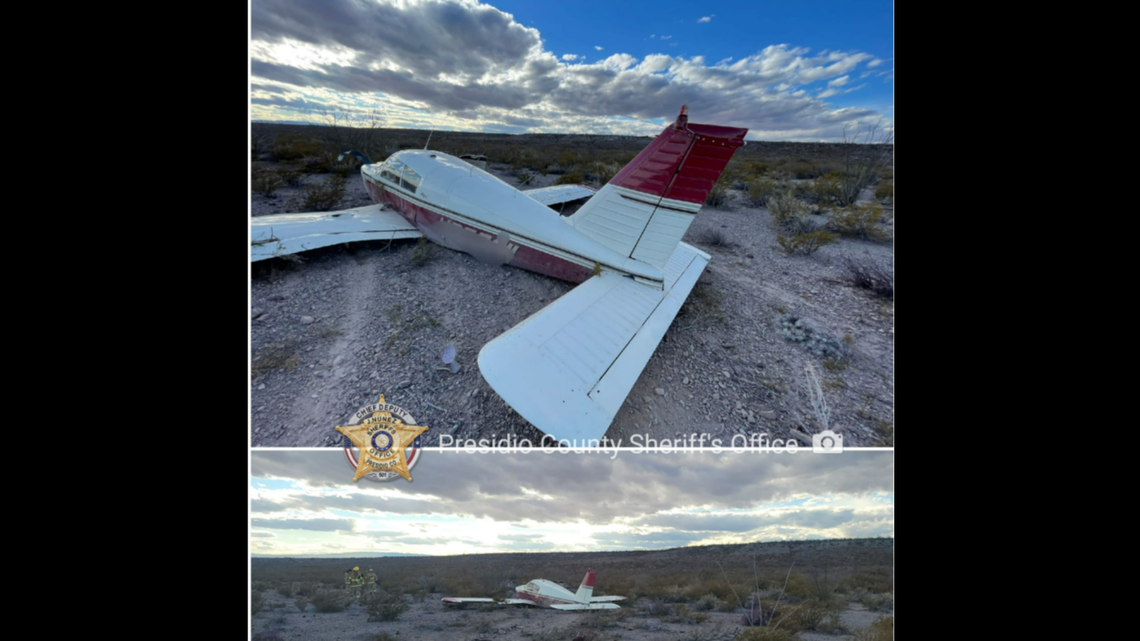 A plane carrying illegal migrants crashed in the West Texas desert and the pilot – a man from Texas – fled the site, abandoning critically injured passengers, according to the Presidio County Sheriff’s Office .

And he’s still on the run.

Presidio is located on the Texas-Mexico border near Big Bend National Park, about 100 km south of Marfa.

Police said Tobias Penner Peters was attempting to transport the Presidio individuals to another location in the United States, but lost control of the plane. Many were injured in the impact, but Peters managed to flee the scene of the ‘smuggling attempt gone awry’.

Presidio first responders, U.S. Border Patrol officers and the state Department of Transportation all descended on the scene, assisting PCSO assistants with search and rescue efforts, the sheriff’s office said.

While Peters escaped, he likely did not come out unscathed, according to the sheriff’s office. He probably suffered a serious head trauma and may have lost one of his eyes as well.

Peters is described as being 6 feet 2 inches tall and weighing around 185 pounds, with blue eyes and red hair, police said. He owns properties in Seminole, Texas, but occasionally travels to Ojinaga, Mexico, across the border with Presidio.

The sheriff’s office has issued arrest warrants for his arrest for the felony of human trafficking, evasion of arrest and fatal conduct.

Anyone with information on Peters’ whereabouts is encouraged to call the Presidio County Sheriff’s Office at 432-729-4848.

Abandoned child on US side of Mexican border reunites with mother, border patrol says

Car of 2-year-missing woman found in Texas woods – with remains inside, cops say

Seven migrants have been held captive at their Texas home, border officials say