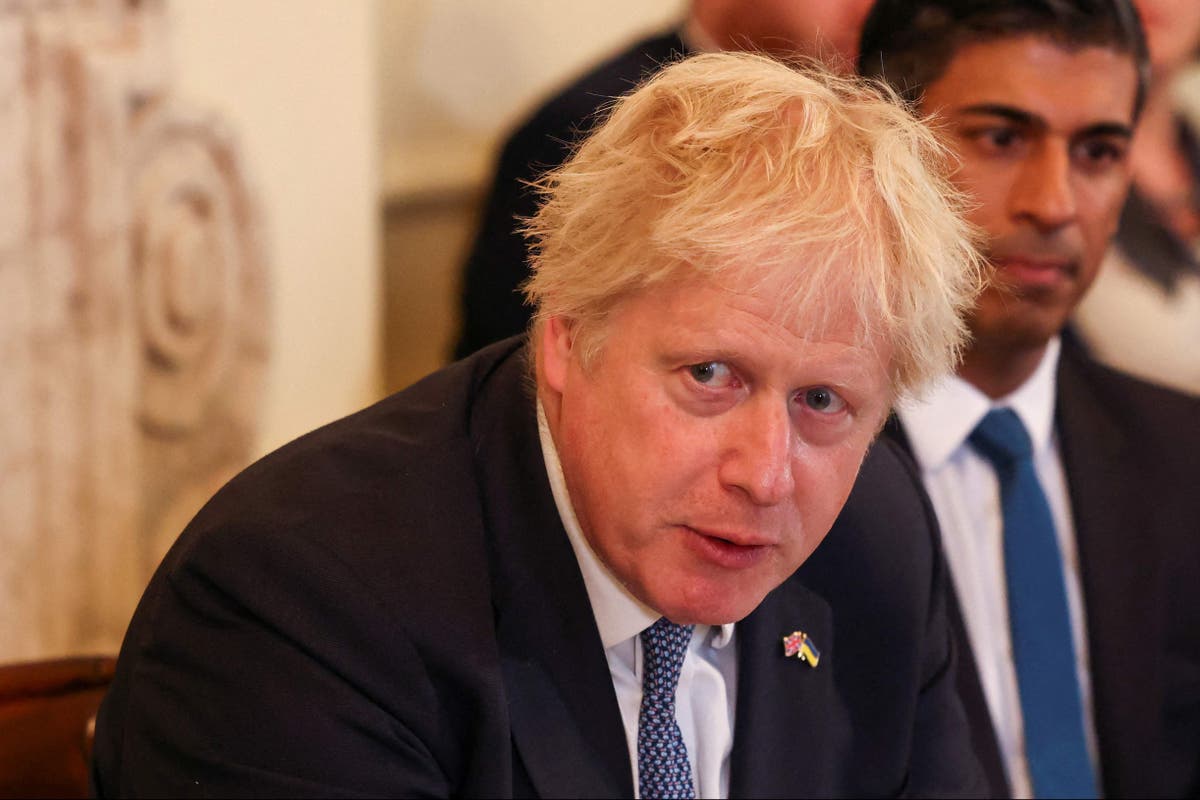 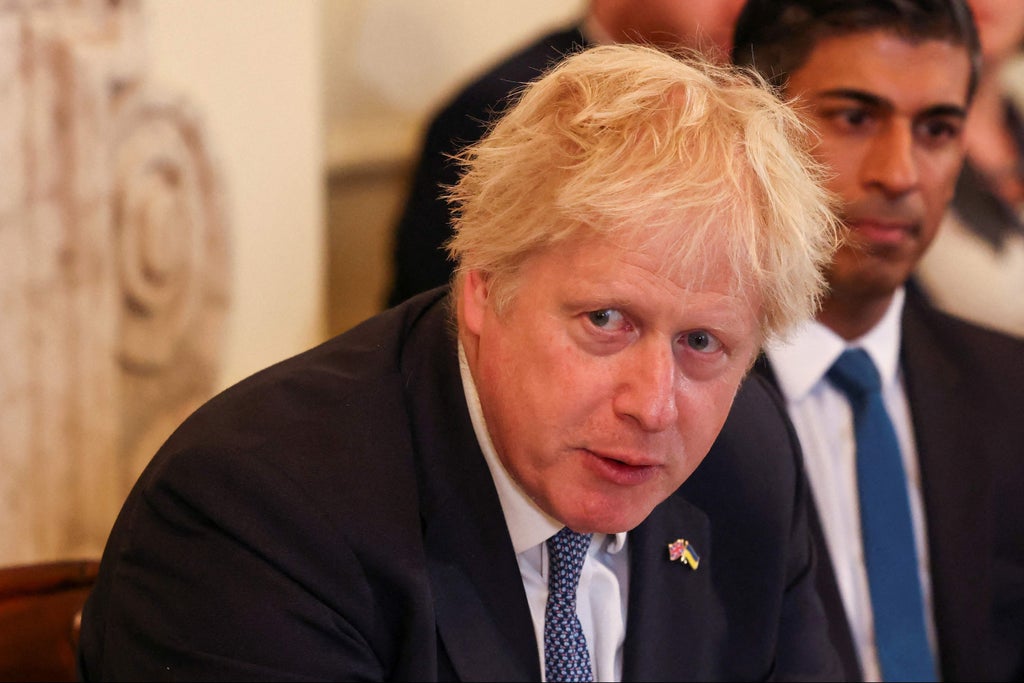 EU Gray’s team have denied requesting a meeting to discuss their long-awaited report on the lockdown-breaking parties in Downing Street.

Following reports of the couple’s conversation on Friday, a spokesperson for Ms Gray told Sky News the official did not initiate the meeting and disagreed with reports claiming photos had been discussed.

By contrast, a No 10 source said: ‘The Prime Minister did not request the meeting and in no way tried to influence the outcome.

It comes as around 30 people, including Mr Johnson, are being contacted by the Cabinet Office to warn them of the contents of the document ahead of its release.

Following their discussion, Labour’s deputy leader Angela Rayner called on the prime minister to “urgently explain” why the “secret meeting” had taken place.

She said the public’s trust in the process had already been “spent” and people “deserved to know the truth”.

Ms Rayner said: ‘Boris Johnson urgently needs to explain why he held a secret meeting with Sue Gray to discuss her report when he claimed her investigation was completely independent.

“Public confidence in the process is already depleted and people deserve to know the truth.

“He is a Prime Minister unable to take responsibility for the rotten culture he has created in Downing Street or to do what is decent.

“The Sue Gray report must be released in its entirety and with all accompanying evidence.”

Downing Street insisted the Prime Minister had been ‘clear throughout’ that the report had to be ‘completely independent’.

Most of the Cabinet Office letters are believed to have been sent on Thursday as the Metropolitan Police concluded their investigation into lockdown breaches in Downing Street and Whitehall.

Mr Johnson is expected to be among those approached, but No 10 did not know if he had received a letter on Friday evening.

A No 10 spokesperson said: ‘The Prime Minister commissioned the inquiry led by Sue Gray and made it clear that it should be fully independent.

‘As he reiterated today, the decision on what and when to publish rests entirely with the investigative team and he will respond to Parliament once it is complete.’

Not everyone contacted by the Cabinet Office will necessarily be named or otherwise identified in the report – their actions may simply be referenced because they are relevant to the narrative of a particular event.

It is understood that investigators do not include full details of the document’s content in the letters, but rather give a “gist” of the relevant sections to those approached.

Sources familiar with the investigation expect the report to be released early next week.

Mr Johnson again refused to apologize for the rule breach in No 10 during a visit to Hilltop Honey’s factory in Newtown in Powys, Wales on Friday.

Asked if Downing Street would block all names from appearing in the report, he said: ‘That will be entirely up to Sue Gray and I can’t wait to see what she has to say, and I cross the fingers. soon next week.

There have been calls to Scotland Yard to explain how Mr Johnson was only fined once, on his 56th birthday in June 2020, when indoor mixing was banned.

Former Director of Public Prosecutions Lord Ken Macdonald warned that “it is very difficult for us to disentangle exactly how the police investigation proceeded and how fair it was”.

He told BBC Radio 4’s Today programme: ‘I think without the police providing an explanation for this it is very difficult for us to understand why they have come to the conclusions they have drawn.’

The Crusader peer said it was unclear why the Prime Minister had been fined for attending what was considered one of the less serious events, but not the others.

Nor was there an explanation as to why Cabinet Secretary Simon Case, who had to recuse himself from leading the civil service inquiry after reports of a Cabinet Christmas party Office have surfaced, has not been fined.

The Met declined to identify anyone in their £460,000 investigation.

Mr Johnson, his wife Carrie Johnson and Chancellor Rishi Sunak were all fined for the birthday party.

But the two Johnsons were told by police they faced no further action, according to Downing Street, and Mr Sunak was not given an additional fine.

The Met said 28 people had received between two and five fines.