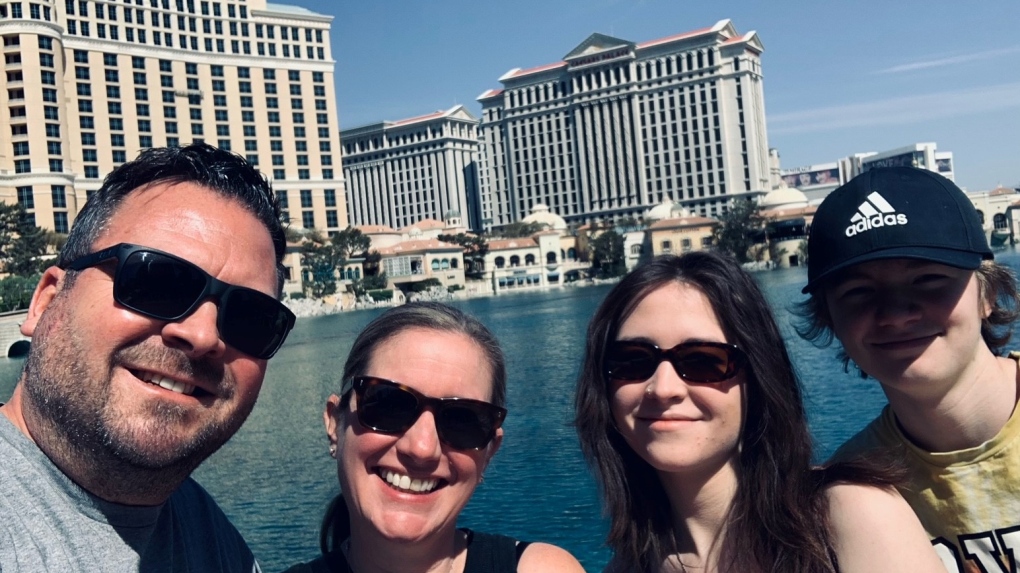 When the Rolfe family booked an Easter long weekend getaway to Las Vegas with their two teenagers, they realized their 18-year-old daughter Paige’s passport would expire right before the trip.

They sent Paige’s passport renewal application by courier in February, after seeing the approximate turnaround time of 20 business days on the Service Canada web page.

“We felt more than okay based on the information on their website,” said father Shaun Rolfe. “I ended up seeing the payment being processed on my credit card on March 23, so at that stage we figured we were all good, we would receive it by end of March, early April.”

When Paige’s new passport still hadn’t come a week before their April 14 departure from Vancouver, and after her parents received no reply to multiple tracking request emails to Service Canada, they started to panic.

“We made the decision we would get an emergency passport, which we heard you can do,” said Shaun. He brought Paige to the passport office in downtown Vancouver on Monday morning, and after waiting for hours, was initially turned away because their travel was just outside the 48 hours emergency passport window.

“I sweet talked us in the door that day, and ultimately that saved us,” said Shaun. “The passport was picked up by us at 3:30 pm on Wednesday, and we were at the airport at 4 am on Thursday morning.”

His advice for other travelers who need to renew their passports before spring and summer travel? Don’t trust the wait-time estimate on the Service Canada website.

“It’s completely misleading,” said Shaun. “I can tell that just about everyone down at that passport office was of the same belief, they were either at the office with more than enough time to get what they needed, or they were in the same situation as us, where they had submitted it by mail and not seen anything back.”

Service Canada says it’s dealing with a huge backlog of applications as Canadians who let their passports expire during COVID-19 lockdowns are starting to book travel again.

Shaun strongly recommends people book an in-person appointment in advance, rather than mailing the passport application or hoping to get in last minute.

“They made it very clear that they were so overrun with booked appointments right now, that a show up to the office doesn’t guarantee anything,” he said.

Had they failed to get Paige’s passport in time, the family would have been out thousands in airline tickets and accommodations in Vegas. Her parents couldn’t stomach the alternative.

“The only option we had was to travel without my daughter, and I don’t think we had the heart to do that,” Shaun said.

Paige’s passport made it with hours to spare. Now all four of the Rolfes are all in Vegas — a good place to feel lucky.