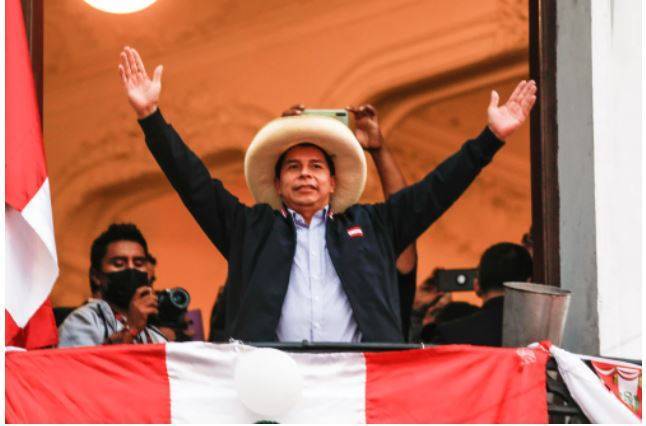 Lima Reuters
Peru’s attorney general announced on Sunday that he would include President Pedro Castillo in an investigation into alleged crimes, including influence peddling and collusion with a “criminal network”.
Prosecutors said on Twitter that Pablo Sanchez, the country’s attorney general, would lead the investigation into Castillo given the “seriousness of the charges” contained in an investigation against former transport and communications minister Juan Silva and six deputies. of the opposition.
The attorney general began working on the case more than three weeks ago, to determine whether there was an alleged “criminal network” within the department to award public contracts. According to the statements of a businesswoman linked to the government, President Castillo was aware of the network.
“The president will be assured of fully exercising his right to defense and respecting article 117 of the constitution,” the public prosecutor said on Twitter.
Peruvian presidents enjoy immunity and the courts cannot charge them during their five-year term, but they can be investigated. The “preliminary” investigation against Castillo comes at a time when he faces further investigations into corruption allegations, in addition to a significant decline in his popularity, after just nine months in office. Further investigations against Castillo have been suspended until his term ends in 2026.
At the end of last March, Castillo survived a congressional vote to file formal charges against him for impeachment.