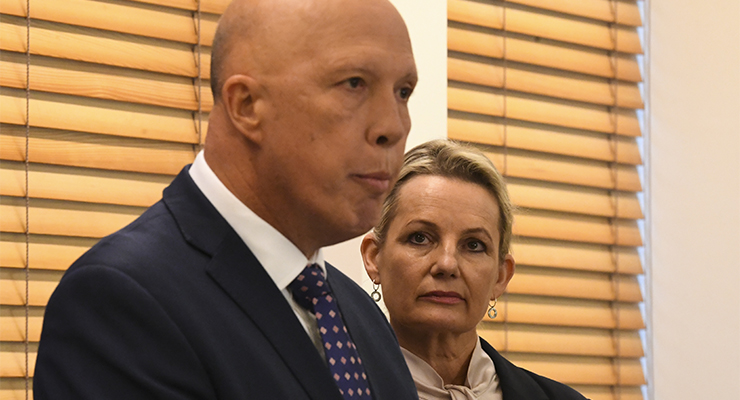 The Liberal Party is keen to announce that it learned absolutely nothing during the election, assuring voters that gender parity is not necessary – because Liberal men are there to speak for women. Phew.

Just over an hour after electing Peter Dutton as leader of the Liberal Party and Sussan Ley as deputy leader, the couple held a press conference in Parliament – and quickly proved the party had learned nothing, changed nothing and had no desire to be different.

There are more men named Andrew than women Liberals in the Senate, the party is also expected to have just seven women in the House of Representatives, up from 13. The National Party will also be led by a man, David Littleproud, with Perin Davey as deputy.

Ley is one of only 11 women among the 57 seats won by the Coalition and was quick to assure reporters that, despite not being represented in the party, women’s issues would be heard.

Learn more about the Coalition’s treatment of women.