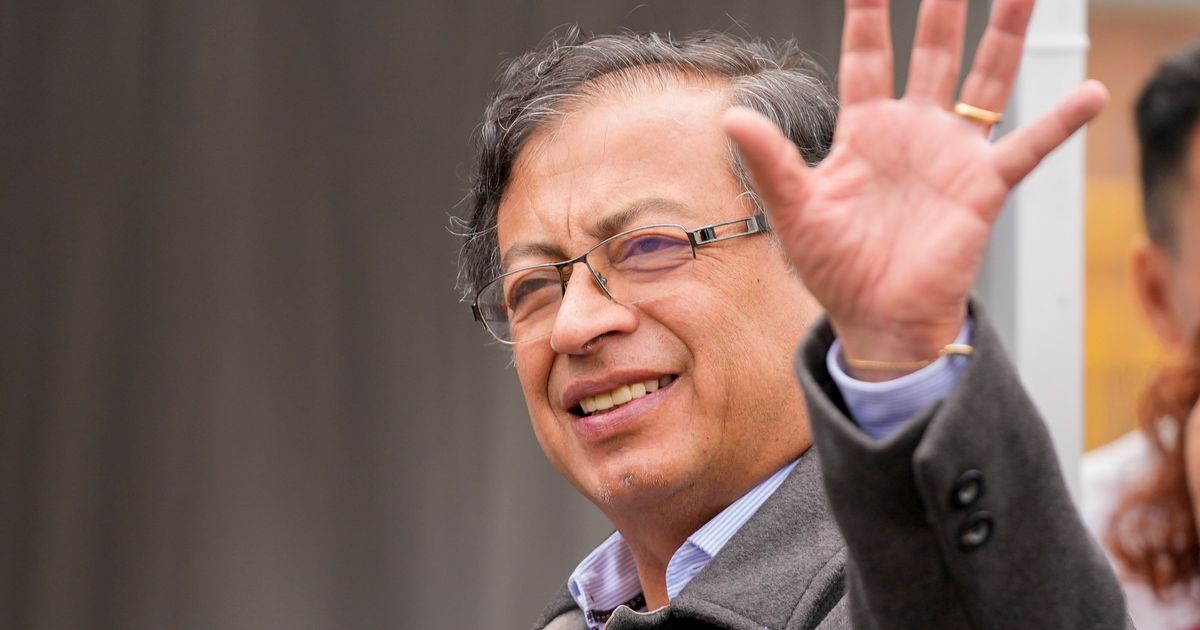 BOGOTA, Colombia (AP) — Colombia has elected a left-wing man for the first time as president, but the narrow victory is a sign that much of the country is rejecting the ambitious proposals of Gustavo Petro, who will have to take into account their concerns and negotiate with a divided Congress to deliver on their promises.

They met in a runoff after the first round of elections threw out candidates from centrist and right-wing politics that have long dominated the South American nation. But Petro, a former rebel who is now president-elect, faces a rocky road to deliver the changes his supporters want to see as Colombia struggles with inequality, inflation and violence.

“Petro set very high expectations for his proposals, and when he gave his victory speech, he kind of inflated those expectations,” said Silvana Amaya, senior analyst at Control Risks.

“Therefore, there is a lot of room for disappointment if he does not meet the expectations that people, especially young people, have at the moment because they expect life to be absolutely different from all these social reforms that he proposes.”

Petro has proposed pension, tax, health and agricultural reforms and changes to how Colombia fights drug cartels and other armed groups. He wants tax reform to fund social programs, including free higher education and subsidies for mothers.

His party, the Historic Covenant, will have the most seats in the incoming Senate and the second-most seats in the House. However, it will miss a majority when the new Congress opens on July 20, which will probably force it to conclude agreements, to slow down certain reforms or even to abandon others.

Amaya said a negotiated, scaled-back version of Petro’s tax plan could be approved by Congress because its absence could put the government’s finances in jeopardy. But other plans are likely to stall, she said.

In a nod to the resistance, Petro during his victory speech addressed the other half of Colombia who did not vote for him and proposed a ‘great national dialogue’ that includes his opponents the fiercest to reach a consensus.

“The fact that this platform led him to victory indicates that most Colombians believe the state should take on a greater role in the provision of social services such as health, social security and education. “said Erica Fraga, senior analyst at the Economist Intelligence Unit. research group linked to The Economist magazine, said in a statement.

But, Fraga added, “if he does not show his willingness to compromise and moderate some of his radical proposals, his ability to deliver on his promises will be undermined, causing his popularity to plummet and the risk of social unrest to rise.” “.

President Ivan Duque, a conservative who defeated Petro in 2018 but was not eligible for re-election, promised a “smooth, institutional and transparent transition” before Petro takes office on August 7.

Claudia Lozada, a Petro supporter, offered her hopes for the new leader at a celebratory rally Sunday night.

As the election overturned Colombia’s long stigmatization of the left during a five-decade civil conflict, many are wary of Petro, who is now a senator but was a rebel in the M-19 movement today. who disappeared before being pardoned and entering politics.

By finishing second, Hernández secured a Senate seat, but on Monday he said he hadn’t decided whether to take it or not.

The run-off also gave Colombia for the first time a black politician as vice-president – ​​Francia Márquez, a lawyer and environmental leader whose opposition to illegal mining has resulted in threats and an attack on the pomegranate in 2019.

While her election is historic, some see her as a potential obstacle for Petro because of her reluctance to make concessions to mainstream parties.

Sergio Guzmán, founder of the Colombia Risk Analysis firm, said Petro needed to be open about sharing cabinet posts with other parties.

“We saw how unproductive Ivan Duque’s freshman year was by not giving in to the ‘pork barrel’ policy and giving in to the content of his initial package of laws at the time,” Guzmán said. . “It is unlikely that the new president will want to repeat the same experience.”

Petro said he would govern for the “nothing to say”, i.e. minorities and the poor, the latter representing 39% of the population, according to official figures for 2021.

In his first 100 days in office, says Petro, he aims to implement an emergency plan against hunger, introduce a ‘living income’ for single mothers and cancel student loans of 10,000 people.

Analysts expect Petro’s policies to potentially worsen inflation, which has forced many Colombians to face hunger, and they predict this will have a negative impact on long-term growth. Some are predicting a market sell-off on Tuesday when trading resumes after Monday’s holiday.

“In short, while we suspect a Petro presidency will not be as radical as some fear, it will likely be characterized by growing concerns about public debt and a period of weaker growth,” William Jackson, Chief Economist of emerging markets at London-based firm Capital Economics, said in an analysis note.