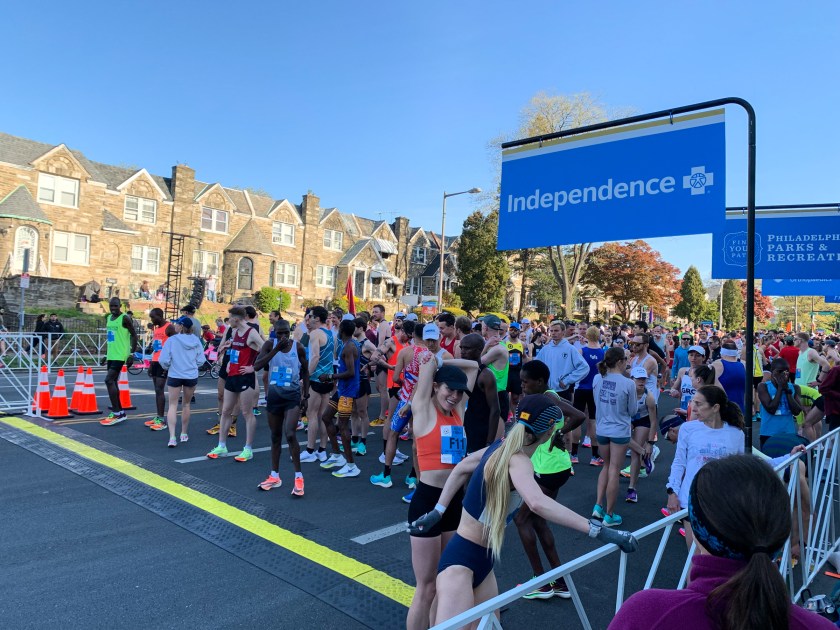 The popular race attracted nearly 28,000 participants for one of the fastest 10 miles in the country.

💌 Do you like Philly? Sign up for Billy Penn’s free newsletter to get everything you need to know about Philadelphia, every day.

Nearly 28,000 runners put on their shoes on Sunday morning to take part in the 42nd Blue Cross Broad Street Run.

Runners filled corrals lined up on Broad and Fisher Avenue in North Philadelphia for the 8 a.m. race start. Over the next two hours, thousands completed the 10-mile trek, crossing the finish line at the South Philadelphia Sports Complex on Pattison Avenue.

Runners had a virtual option this year, although only in-person entrants were eligible for the Excellence Awards and $27,000 in cash prizes.

Competitors of all ages participated, with some even traveling from out of state to compete in

Spectators were strongly encouraged to stay home by city health officials as a precaution against COVID-19. This did not prevent several hundred Philadelphians, who moved along the course to encourage their neighbors.

The runners were greeted at the finish line by hundreds of supporters, with family and friends holding up signs, bells, flowers and water – or beer, depending on the mood of the finisher.

In addition to title sponsor Independence Blue Cross, the Broad Street Run partners with several nonprofits and charities to help fund their efforts through donations and pledges from runners, including the American Cancer Society, the American Association of Cancer Research, Fairmount Park Conservancy, Students Run Philly Style and Get Back on My Feet.

Scroll down for more photos from the race.