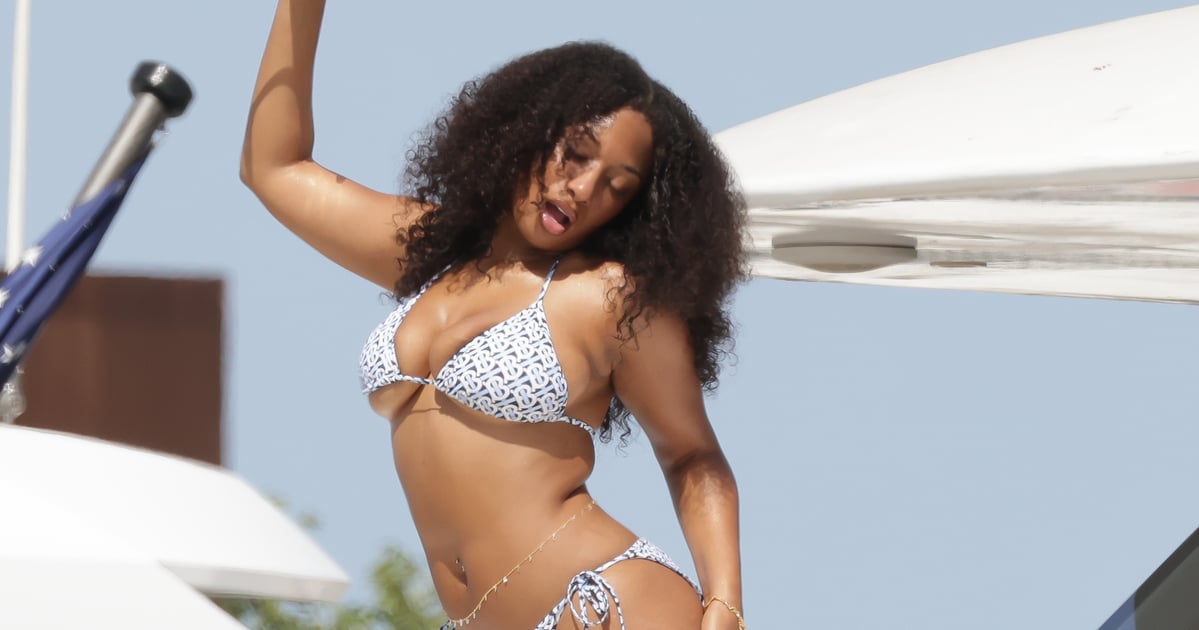 Megan Thee Stallion is clearly having a good time. On June 17, the rapper was spotted on a luxury yacht in Ibiza drinking champagne, chilling with boyfriend Pardison “Pardi” Fontaine and generally rocking the hot-girl summer in a string bikini. blue and white.

Megan has a lot to celebrate lately. She recently graced the cover of Rolling Stone and said in the accompanying interview that she hopes to release her second album, the sequel to 2020’s “Good News,” this summer. She also opened up about her non-traditional writing process: “It’s a whole movie trying to write in the shower, but I keep my speaker loud, and I freestyle, and then I write it when I’m going out,” she said. There’s a reason she’s still honing her craft: “I just want people to always remember, ‘Yeah, Megan Thee Stallion, she was awesome, she was a rapper. She was one of the best female rappers. , the coldest.'”

The rapper has been dating Fontaine since at least February 2021, when she first confirmed their relationship on Instagram. Over the past year, the couple have shared many cute moments together. In June 2021, Megan gushed over Fontaine in a radio interview with The Box Houston, saying, “First of all, he makes me happy, but my happiness comes from myself, because I’m a happy woman. But like I said in the last interview, I have good energy around me right now.”

Fontaine has been very supportive of Megan on social media. On June 8, he posted a photo alongside Megan on Instagram to celebrate National Best Friends Day. So, on the face of it, things are still going well between these two.