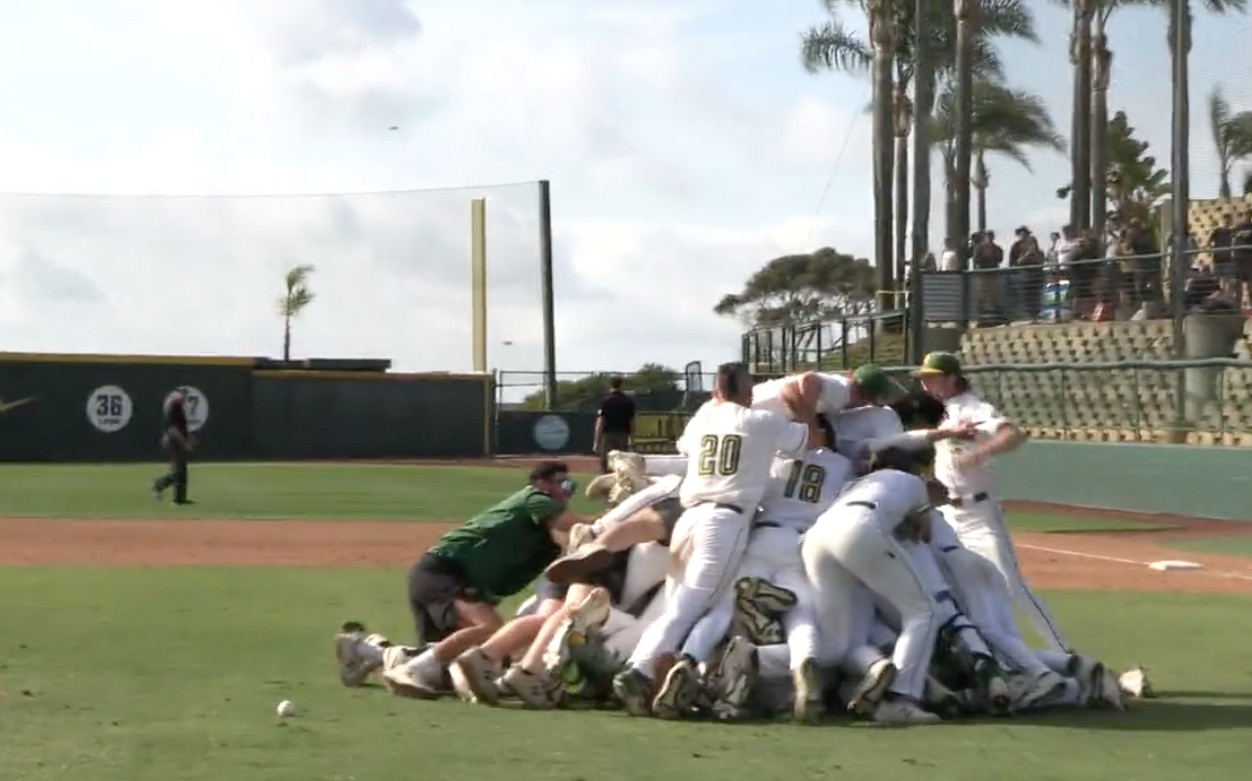 For the first time in program history, Point Loma Nazarene will be heading to the NCAA Division II baseball championship, as the Sea Lions dispatched Azusa Pacific on Saturday.

It ended in a 5-2 win in the NCAA West Super Regional’s three-game closing game, hosted by PLNU. This contest was necessary because the Sea Lions lost the first of two games on Saturday 7-2, forcing a win-win battle in the afternoon.

PLNU (48-8) will continue its season in Cary, North Carolina on Friday when the Division II World Series kicks off with the other seven teams that survived the Super Regionals.

However, the team must wait until Sunday to know its first round match, before going to North Carolina.

Both Sea Lion starters proved solid on Saturday, with Jack Gonzales and Dylan Miller each holding the Cougars (38-20) to two runs in their respective six-plus inning outings. But Azusa Pacific – after losing Friday’s game, battling to avoid elimination – arrived in the bullpen in Game 1, scoring five goals in the eighth inning to break a 2-2 tie and secure victory.

In Game 2, down 2-0 early, PLNU bounced back behind Miller and Zach Veen, who closed it with over two scoreless innings.

“We’re saying you need two things,” coach Justin James said. “You need God and throwing and that always helps. And then these guys, once they run the electricity through the shelter, I’ve never seen a shelter go crazy like they do. They love to support each other and you can see the zeal everywhere.

In the clincher, Azusa Pacific’s momentum continued, scoring in the second and fourth innings to take a 2-0 lead.

PLNU responded in its fourth half, with back-to-back solo homers from DH Hunter Otjen and first baseman Jakob Christian.

The Sea Lions took the lead for good in the fifth thanks to a two-out rally. Scott Anderson triggered it with a brace, followed by walks to Baxter Halligan and Otjen to charge Christian’s goals.

The PacWest Conference freshmen then fired a fly ball into left field to score two and give PLNU a 4-2 lead. The team added a run in the seventh as Anderson sent a dangling curveball from Cougar reliever Brendan Dixon over the left field fence.

The three-point cushion was more than enough for Veen. The left-handed reliever needed just one pitch to escape a base-loaded jam in the seventh, and he struck out the next six batters he faced for his sixth save of the season.

Once he got Aaron Roose to hit a grounder at Anderson — the shortstop was the PacWest Defensive Player of the Year — the Sea Lions’ ticket to the Division II College World Series was assured.

In Game 1, Cougar starter Steven Silvas more than tied Gonzales, holding the PLNU batters without a hit through the first four innings. But the Sea Lions fabricated runs in the fifth, after Silvas hit receiver Easton Waterman and gave up a bunt single to Jack Malone, which led to an error.

Jason DuMont drove Waterman to a groundout, then Otto Kemp singled left to tag Malone and give PLNU a 2-0 lead.

The Cougars tied it with runs in the sixth and seventh, then opened it the next inning, as Cole Hiller proved shaky, loading the bases for shortstop Omar Lopez, who did it. pay.

Lopez’s grand slam on the right chased Hillier, and before it was over, Azusa Pacific had added another point to increase their lead to 7-2. The Cougars retired PLNU batters 1-2-3 in the ninth for the win to briefly keep their season alive.