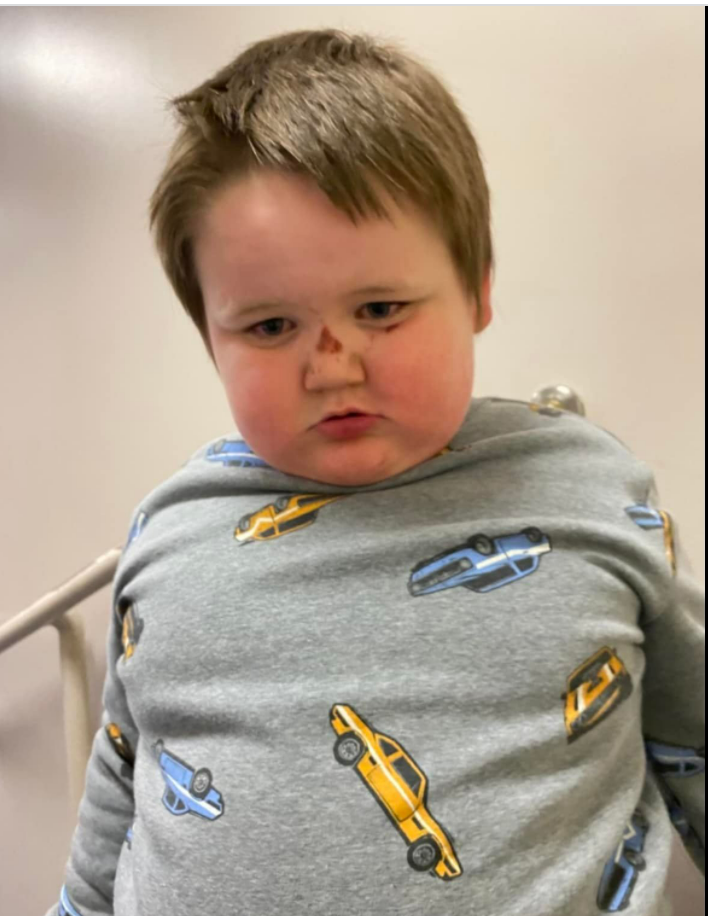 Police are still searching for the family of a child found walking alone in Colerain Township on Thursday.

Colerain Police said a driver called 911 and reported a boy walking alone at the corner of Sheed Road and Gaines Road Thursday night.

The caller, Josh Wanderski, described the situation as scary and said the child was soaking wet and waving down cars.

“It’s a two-lane road, super dark, no lights, very windy, and it was also freezing. He was just on the side of the road. He was waving me down. Luckily I was close so that I could call the police ,” Wanderski told Enquirer Media Partner Fox 19.

At the time, the child was wearing a burgundy and gray sweatsuit and black Shaq gym shoes.

Police said the boy has a visible scar on his nose that is believed to be new.

Investigators believe the child is around 5-years-old to 7-years-old and is non-verbal.

On Friday, Colerain Police said they identified the child and are continuing to investigate the incident.

Anyone with information is asked to contact the Colerain Police Department at 513-321-2677.

The Enquirer will update this article as more information becomes available.