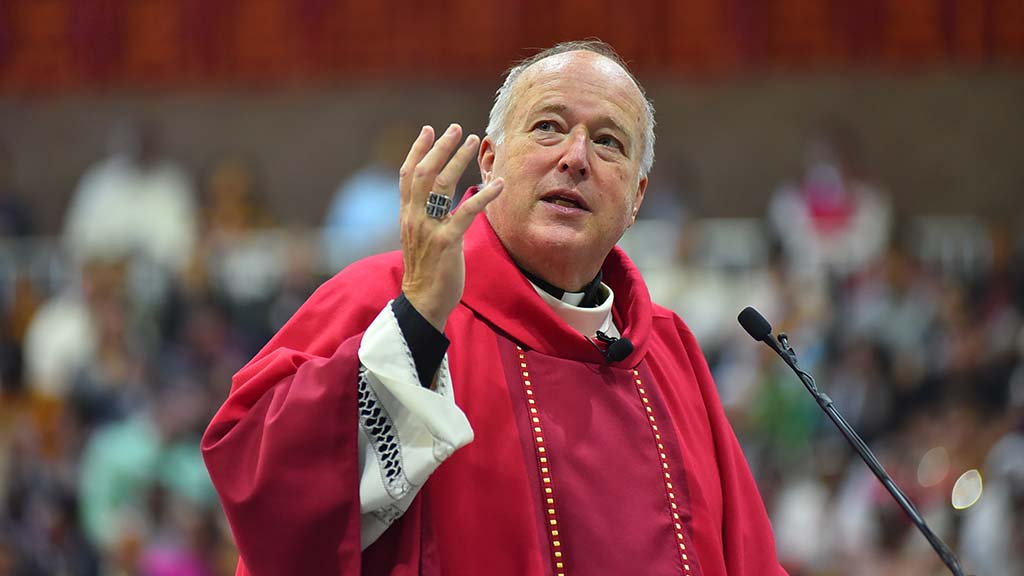 Bishop Robert McElroy of the Roman Catholic Diocese of San Diego was elevated to cardinal on Sunday – and at 68 he would be eligible to be elected pope one day.

Pope Francis, 85, named McElroy – the only American – and 20 others in the honor of the red hat at the end of his weekly prayer from a window in the Apostolic Palace overlooking the Vatican’s St. Peter’s Square.

McElroy will remain in San Diego – as the first cardinal.

“He has been among the most vocal champions of Pope Francis’ pastoral agenda within the U.S. hierarchy, often echoing the pope’s prioritization of environmental concerns, migration, and a more welcoming approach to people. LGBTQ,” the National Catholic Register said.

He will officially receive his red hat on August 27 in a ceremony known as the consistory.

Cardinal Blase Cupich of Chicago told the National Catholic Register he was “both happy and not really surprised” by McElroy.

“He is one of the most gifted bishops in the United States, and I think his appointment today is a sign of the esteem he has in the life of the Church, which is held by the Holy Father,” Cupich said.

In making McElroy a cardinal, Francis ignored the conservative archbishops of San Francisco and Los Angeles, two major cities that traditionally had cardinals in the past. More conservative, the archbishop of Los Angeles Jose Gomez is president of the Episcopal Conference of the United States.

Once again, Francis ignored archbishops in big cities who traditionally had cardinals before his election in 2013, preferring to appoint men in remote places where the church is small or growing and more vibrant than in Europe.

After the August 27 ceremony, Francis will have named about 83 of some 133 cardinal electors, raising the possibility that his successor will be a man who reflects his position on key issues.

By then, Francis will have appointed about 63% of the cardinal electors, strengthened their presence in the developing world and loosened Europe’s grip on the College of Cardinals again.

According to one site, the Latin and Eastern churches of the Catholic Church have some 5,600 living bishops.

In 2019, Francis named McElroy one of two Americans to attend the Vatican synod on the Amazon region, “which opened discussions on the requirements of celibacy for the priesthood and the possibility of restoring the ministry of women to the diaconate” , noted the register.

“I’m in favor of that,” McElroy told NCR at the time on the issue of female deacons. “My view on this is [that] women should be invited into every ministry or activity we have that is not excluded by doctrine.

Crux, a Catholic media outlet formerly part of the Boston Globe, said cardinals also serve as key papal advisers, with their selection signaling the path a pontiff wants the church to take.

Besides McElroy, those cardinal electors under 80 will be able to enter a conclave to elect the next pope after Francis’ death or retirement.

It is a story of rupture. Check back for developments.

Reuters contributed to this report.