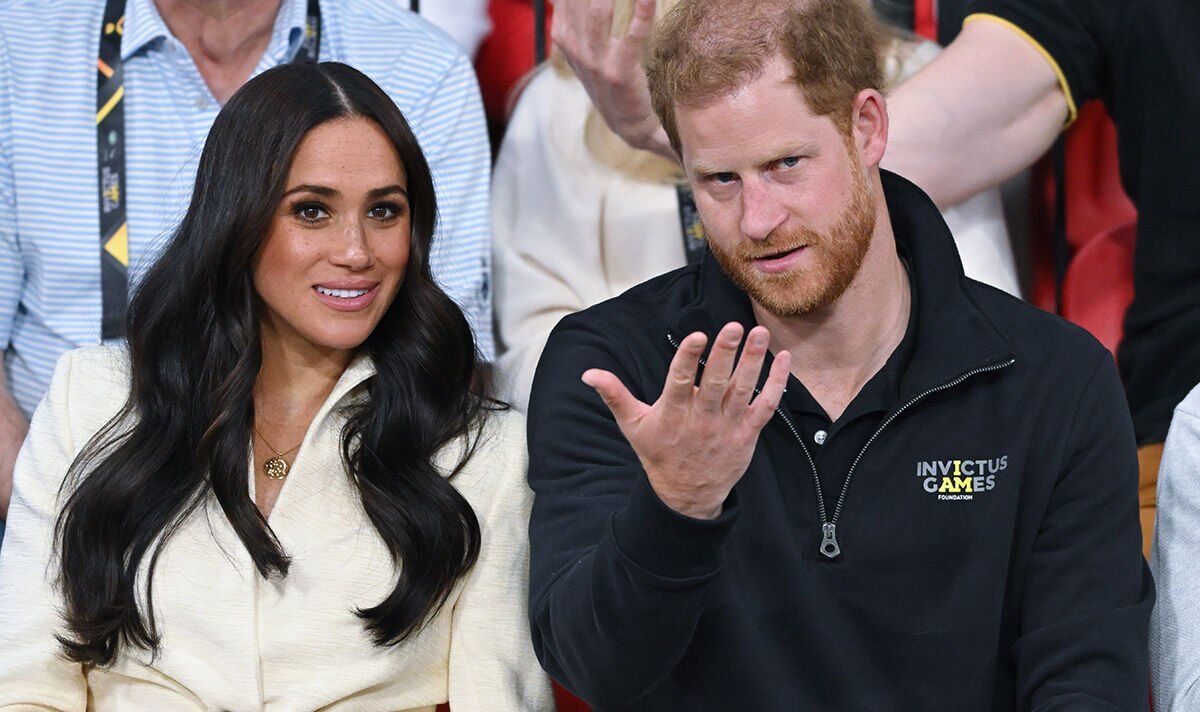 Prince Harry and Meghan Markle’s first public appearance over the Platinum Jubilee weekend will be “very scripted” and tightly controlled, according to a royal expert. The first time the public will see Harry and Meghan during the celebrations will be at a Jubilee Thanksgiving Service at St Paul’s Cathedral on June 3. Daily Mail royal editor Rebecca English said the measures taken around the event are an attempt to ‘limit’ the awkward interactions caught on camera.

There is speculation about how the Sussexes will interact with the rest of the royal family, which royal aides have taken into account.

It is feared that any awkward encounter filmed could overshadow the Jubilee.

Speaking to Palace Confidential, Ms English said: “Harry and Meghan will be at the Thanksgiving service, for the life and service of the Queen.

“I guess they will also be at the Palace Party on Saturday and the Platinum Jubilee Pageant on Sunday.

“The Thanksgiving Service is the first time we will see them interact with other members of the wider Royal Family.”

JUST IN: James Corden said to ‘stay in the States’ after supporting Harry and Meghan

She continued: “But funny enough, this is perhaps the least problematic of events.

“It’s very scripted, so they all arrive in certain cars and are shown to their seats by ushers.

“The amount of time they will be seen interacting with other family members on camera will be quite limited.

“But as a source told me last week, the body language is going to be fascinating.

The Palace has made “some adjustments” to ensure the comfort of the 96-year-old head of state, who has mobility problems.

It comes as a leading royal author has suggested the Duke and Duchess of Sussex ‘need’ to attend Jubilee to boost their celebrity credentials and relevance.

Hugo Vickers said Harry and Meghan’s decision to attend the Platinum Jubilee next month was “entirely about branding”.