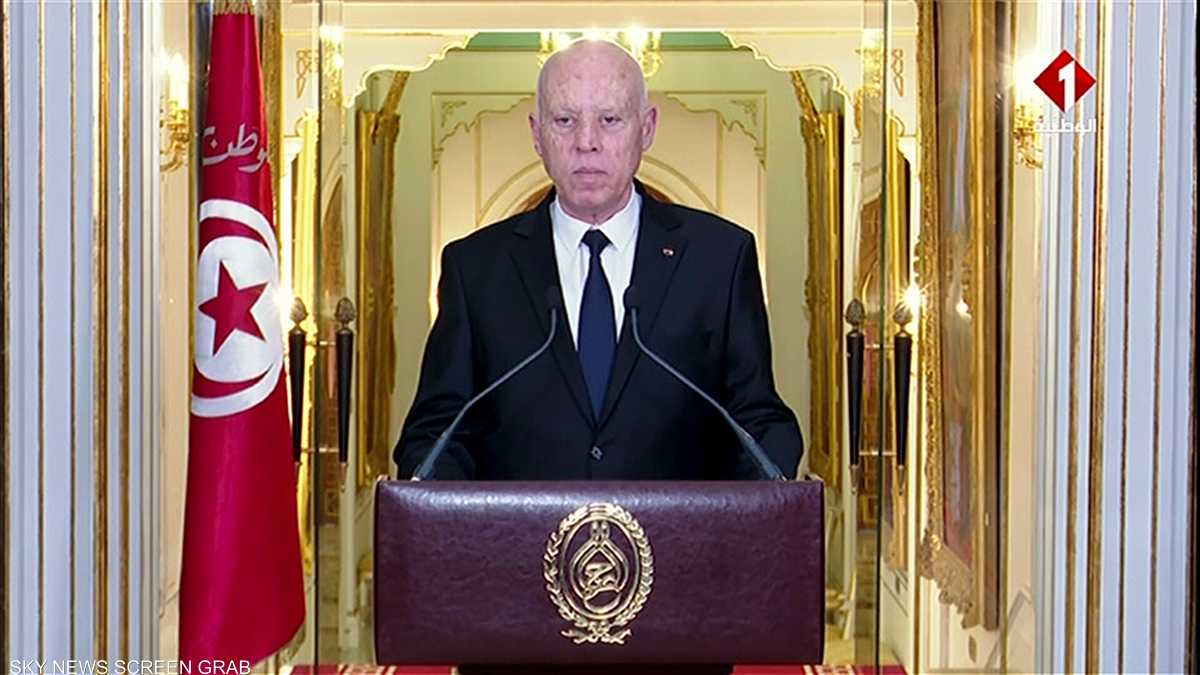 Today, Tunisian President Kais Saied announced his intention to form a committee to establish a new republic, to complete its work within days, while criticizing those he believes are working against the state.

Qais Saeed explained that the committee responsible for preparing the constitution will complete its work in a short period of time.

“We will continue the march and realize the hopes of the Tunisian people,” said the Tunisian president, rejecting the call of those who have contributed to undermining democracy for national dialogue.

In a speech he addressed to Tunisians, Qais Saeed pledged not to go back, saying there is no reconciliation, no negotiation, no recognition with those who ruined the country and the have ravaged.
“We are waging a war of attrition in the history of our country and we will win it,” said the Tunisian president, pointing out that “there are parties who cry over democracy and work to assassinate it by all means,” according to Sky News.

He said there are those who try to overthrow the state and alter its capabilities and work to escalate the situation.

It is expected that the next constitution for Tunisia will be prepared and approved by referendum on the date set for July 25, 2022.
Tunisian media reported that President Kais Saied received at Carthage Palace two professors of constitutional law, Brigadier General Sadiq Belaid and Brigadier General Mohamed Saleh Benaissa.

The meeting discussed “the legal situation and the means of realizing the popular will for the establishment of a new republic in Tunisia”, according to a press release from the presidency.