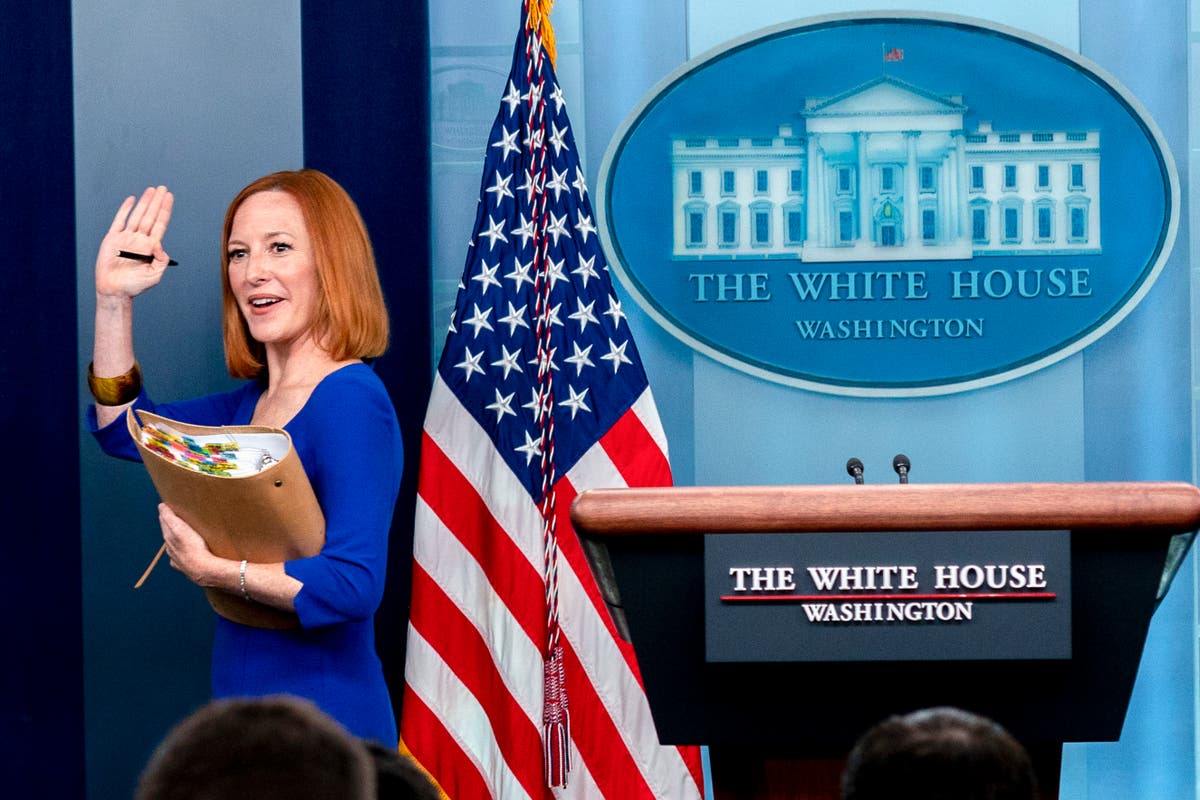 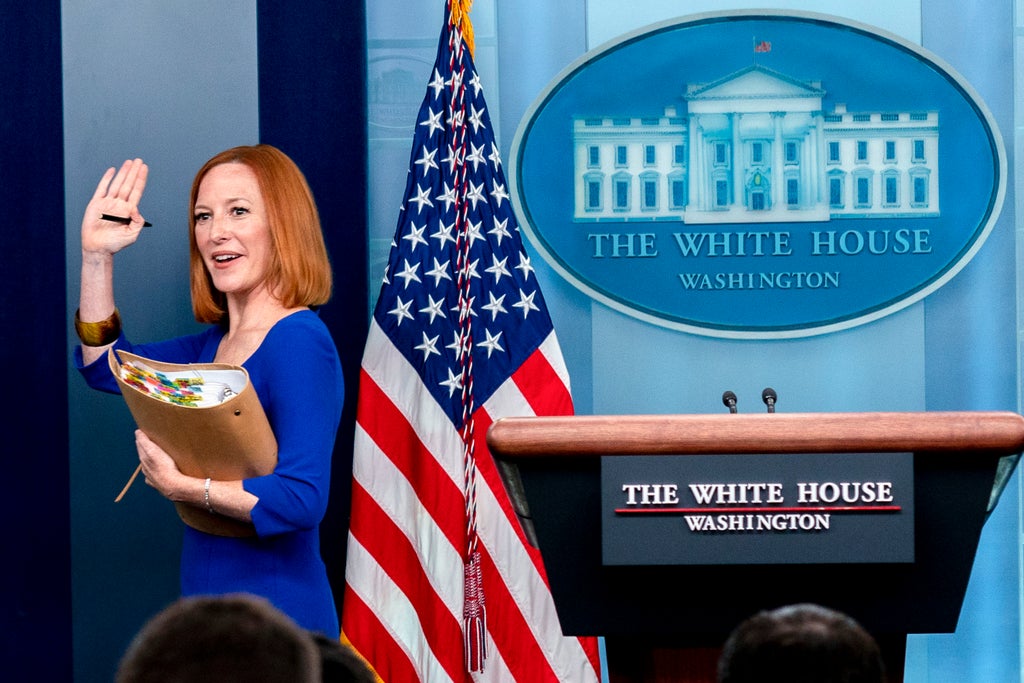 Jen Psaki was forced to silence a reporter who was shouting questions at her colleagues during her final White House briefing.

“Why don’t you answer the questions from across the room?” Ateba asked as Associated Press reporter Zeke Miller asked Ms Psaki about the baby formula shortage.

“Why don’t you answer the questions from across the room?” Because that’s not what you’ve been doing for the past 15 months,” Ateba continued.

“Jen, can I ask you a question in the back?” you could hear him ask repeatedly.

The interruption became so disruptive that NP’s Tamara Keith turned around and asked Ateba, “please stop.”

But as he continued to interrupt, Ms. Psaki, who will be replaced by Karine Jean-Pierre next week, got involved.

“Simon, if you can respect your colleagues and other media and journalists here, that would be greatly appreciated,” she said.

Reporters in the coveted front rows of the briefing room, representing CNN, NBC News, ABC News, CBS News, Fox News, Reuters and the Associated Press, traditionally receive the most questions during briefings, often to the frustration of colleagues seated further back. in the room.

Following the Ateba outburst, NBC News’ Peter Alexander said he would limit himself to two questions to ensure other reporters had a chance to question Ms Psaki one last time.

“To elevate one above the other is awful. It doesn’t matter who the person is, educated, illiterate, black, white or brown, they should all have opportunities.”