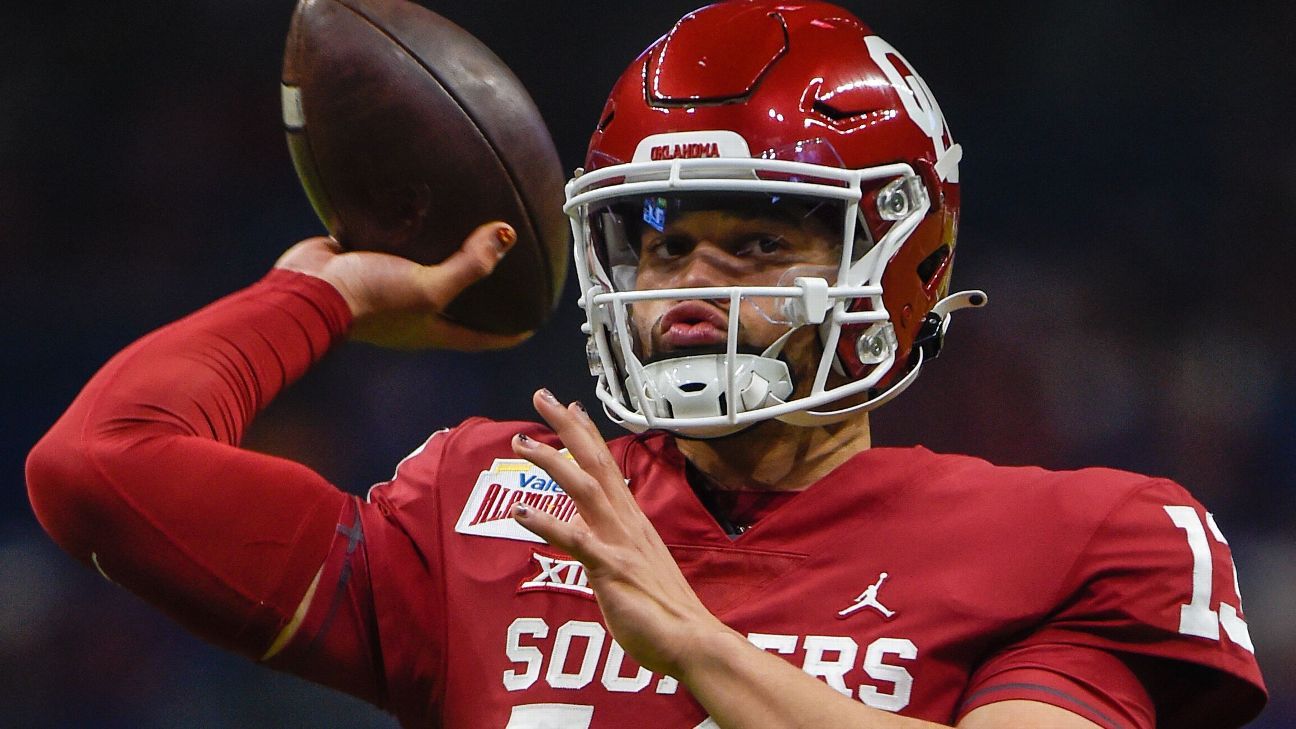 Oklahoma quarterback Caleb Williams announced on his Twitter account Monday that he was entering the transfer portal but would keep the Sooners as an option.

Williams had 1,912 yards and 21 touchdowns with just four interceptions after replacing Spencer Rattler as the Sooners starter this season. Rattler was transferred to South Carolina last month.

Williams, a true freshman last season, said in his tweet that he went to Oklahoma with a game plan, “but with all the recent changes, I have to figure out what’s the right way forward.”

Williams said staying in Oklahoma would “definitely be an option” as he goes through the process. He explained that as a student-athlete, the only way, under NCAA rules, to talk to other schools and “see who can provide the best preparation and development for my future career is to enter the portal “.

Venables and Oklahoma athletic director Joe Castiglione issued a joint statement Monday which read in part: “While we believe the OU offers Caleb the best opportunity to develop as a player and achieve his goals for college and beyond, we respect his right to explore his options following key personnel changes here. “

The statement also mentions Lebby and calls him “one of the most elite offensive coordinators and quarterback developers in the country.” Lebby played a key role in the development of Ole Miss Matt Corral’s quarterback.

In what could be Williams’ final with Oklahoma, the quarterback scored three touchdowns with caretaker coach Bob Stoops patrolling the sidelines last week as the Sooners passed Oregon 47-32 in the ‘Alamo Bowl, styling an 11-2, but inside out, season.