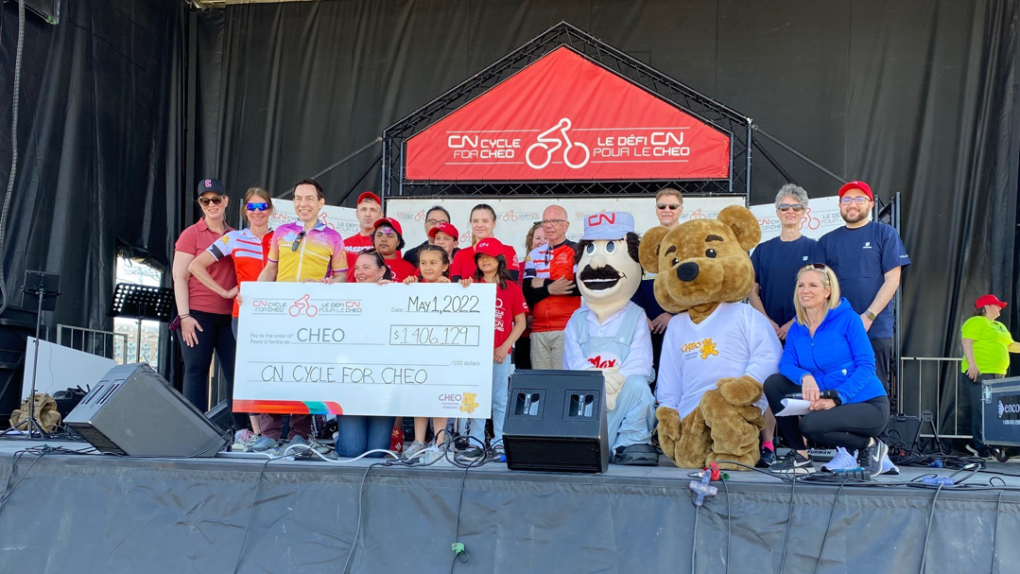 The CN Cycle for CHEO fundraiser went off without a hitch on Sunday morning and was back on the road for the first time since 2019.

Thousands of people joined in cycling and walking to support children with cancer.

“My daughter is a leukemia survivor and she just rang the bell recently on March 22,” said Carolyn Contant, who was attending the event with her daughter. “We want to make sure they are well represented and well supported and we will continue to help support the children who face this challenge in life.”

The CN Cycle for CHEO marked two major milestones by being in person for the first time since 2019 and raising a record amount.

“A record crowd, a record total of 4,300 attendees who raised over $1.4 million for CHEO,” said CTV News anchor Patricia Boal. “It was just a perfect day for the CN cycle.

Boal presented the check to the crowd of thousands enjoying the sunshine and gathering with family and friends.

“It’s really important to give back to the children’s hospital, but also to give back as a family and for our community,” said Ashley Mullin, who participated in the cycling event.

“It was my first time doing it and I was a little wary of the 35 kilometer cycle, but we handled it well,” said Pat Garton, who raced for the first time in the event.

CHEO Foundation President Barbara Stead-Coyle said the event has run out of attendee badges due to so much interest.

“We had to use badges from a few years ago because so many people showed up on the site to participate as well,” she said.

The efforts will give a boost to the children’s hospital bank account. The foundation says the money will go towards equipment, programming and support for families coping with a cancer diagnosis.

“I can’t really imagine waking up today and having to face this reality,” said Enrick Rainville, who was riding the event. “It’s nice to show some support and be there for them.”

The cycling event took place at the Canadian War Museum and LeBreton Flats.

For more information about the CN Cycle for CHEO, visit cncycle.ca.