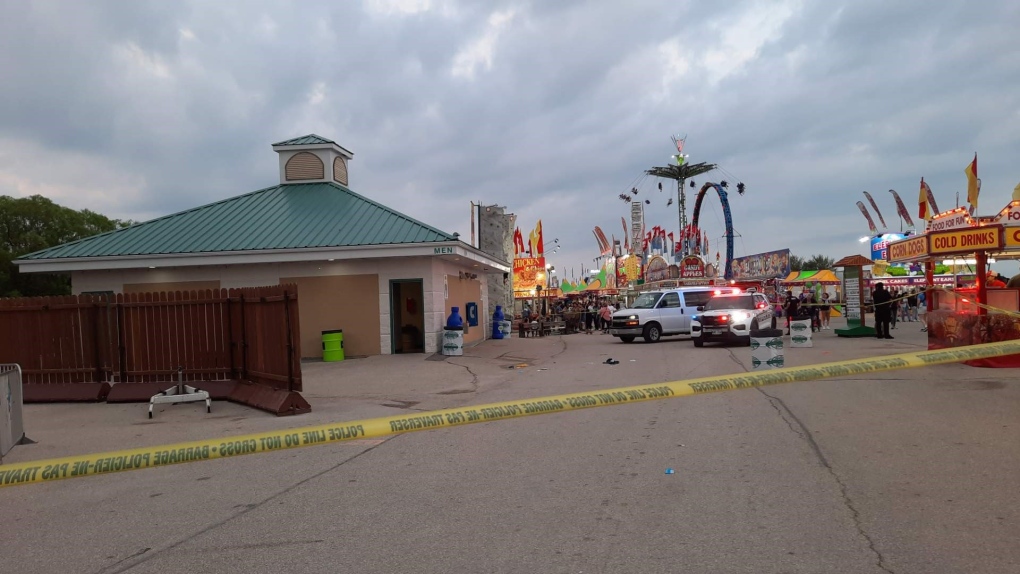 Winnipeg Police are investigating after a person was hospitalized due to an incident at the Red River Exhibit.

Winnipeg Police have confirmed officers are currently investigating what they described as an ‘incident’ at the Red River Expo. Police said one person was injured and taken to hospital in critical condition. Police, however, did not have further details.

Garth Rogerson, CEO of the Red River Exhibition Association, told CTV News there was a major incident around 7 p.m.

Police at the scene of the Red River show after one person was sent to hospital.

“Our paramedics took care of someone and they were taken to hospital,” he said. “Winnipeg police responded immediately and the person was also arrested almost immediately.”

He said the park remained open, adding that the park was operating under the direction of police who told him there was no need to close.

Rogerson said he had no further details on what exactly happened. He said the police are still investigating.

CTV News will update this story.