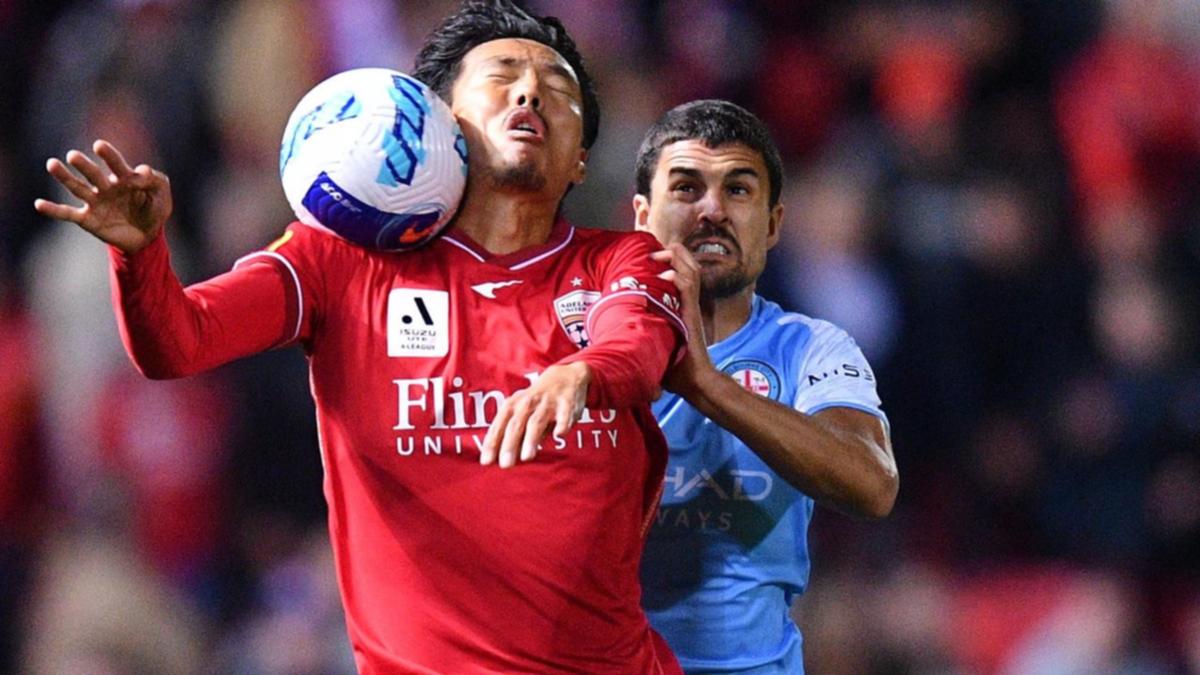 Adelaide United and Melbourne City played out a tense goalless draw in the first leg of their semi-final at Coopers Stadium.

Both teams battled through the full 90 minutes, but neither side could find a breakthrough ahead of the return game in Melbourne on Sunday.

The Reds got off to a flying start and went on the attack early, earning a string of corners before their first chance came five minutes away.

Hiroshi Ibusuki unexpectedly unleashed from the edge of the area but flew just wide.

After being under the pump for the first 10 minutes, City grew into the contest and in the 23rd minute forced Joe Gauci into his first save.

Mathew Leckie slid through Jamie Maclaren who ran over his defender’s shoulder before shooting low into the United keeper’s legs.

A minute later, Maclaren had another chance after Conor Metcalfe nodded a long ball past the defence, but this time the City striker fired over the top.

The visitors again called Gauci into action a few minutes later with Metcalfe trying his luck from outside the box, but the Adelaide stopper parried the ball safely.

City squandered a golden chance almost immediately after the restart when Carl Jenkinson drilled in front of goal for Maclaren, who touched but missed when it looked easier to score with Gauci engaged.

The Reds claimed a penalty in the 66th minute when a cross from Isaias hit Jenkinson’s arm, but it was ruled out by referee Chris Beath.

Adelaide looked for an opener and in the 70th minute a cross from the right from Javi Lopez found Craig Goodwin, but his tame header was easily saved by Thomas Glover.

Andrew Nabbout then latched on to a through ball from Meltcalfe and, despite being accompanied by two United defenders, managed to hit the upright with a low drive.

Leckie forced two big saves from Gauci in the closing stages, once from close range before firing a volley after Adelaide failed to clear a free kick.