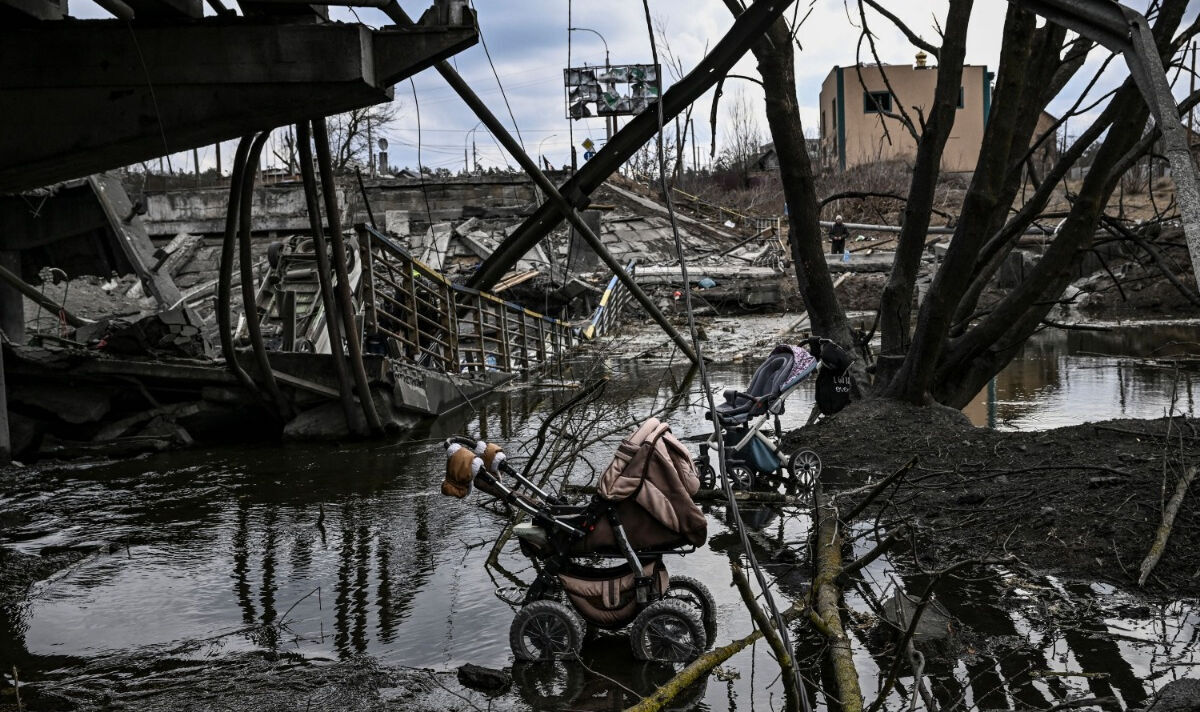 Vladimir Putin’s troops are said to have left bodies rotting in a supermarket after corpses were washed above ground by Russia’s bid to restore running water to Mariupol. The photographs of the Shchyryi kum supermarket were too graphic to be published as they showed rotting and discolored bodies in civilian clothes, the Telegraph found.

Adviser to Mariupol mayor Petro Andryushchenko claimed that so many bodies had been swept from the ground that Russian troops were unable to bury them.

Mr Andryushchenko said on his Telegram channel: “The Russians bring the bodies of the dead here [in the supermarket]bodies that were washed from the graves and partially exhumed in an attempt to restore the water supply.

Andryushchenko also suggested that Russia had launched a campaign to recruit gravediggers and pathologists.

He added: “There is a catastrophic shortage of people to bury corpses and energy for even makeshift mortuaries.

“So much so that a separate recruitment campaign for pathologists has been launched in Moscow.”

Many bodies were buried in shallow graves before the Russians took the city.

Mariupol has been a key target for Russia as the city has faced sustained attack from Putin’s forces.

The news comes after French President Emmanuel Macron and German Chancellor Olaf Scholz urged Russian President Vladimir Putin to release up to 2,500 Ukrainians who defended the Azovstal steelworks in the devastated port city.

However, the Kremlin said the Russian leader told Macron and Scholz that supplying Western weapons to Ukraine was “dangerous” and warned of “risks of further destabilization of the situation and aggravation of the crisis. humanitarian”.