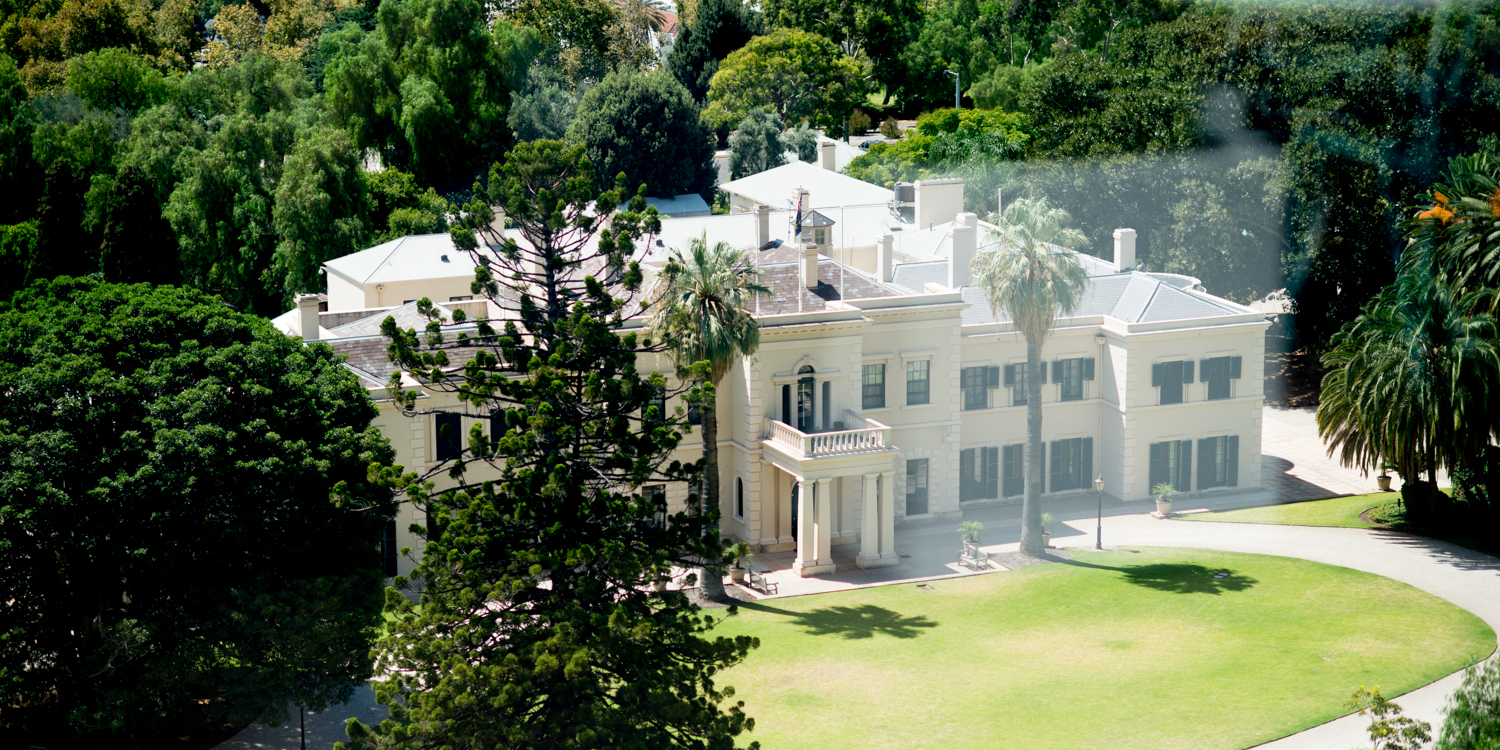 The work includes the construction of an upstairs “self-contained” living space for Adamson, including a new kitchen, laundry room and upgraded bathrooms.

A spokesman for the Ministry of Infrastructure and Transport said InDaily the preliminary cost estimate for the refurbishment was $2.1 million.

They said Government House’s private quarters had not been refurbished since the 1950s or 1960s, with the building currently having no domestic kitchen and laundry, and its bathrooms considered “post-war “.

“The Department is working closely with Government House to transform its private quarters into a modern, self-contained living space for the governor of the day within the building’s existing heritage fabric,” they said.

“The upgrades have been designed to bring the residential areas of the house up to current building standards, including the Building Code of Australia (BCA).”

The spokesman said the refurbishment is part of a wider ‘capital works management plan’ and would ensure Government House is accessible to people with disabilities and meets fire safety rules.

“This plan, which is being developed, will ensure that the lasting heritage value of Government House is preserved as a home for all South Australians, while bringing various aspects of the infrastructure up to modern standards and building codes. “, they said.

The work should be completed by the end of this year.

The state government claims North Terrace Mansion is the oldest government house in the country, with the first part of the building – the East Wing – completed and occupied in May 1840.

According to the Government House website, the bathrooms in the main part of the building were last refurbished between 1941 and 1957, with a new kitchen block built between the dining rooms and the staff area in the years 1970.

Some upstairs bedrooms were upgraded in 1973 to create a separate suite for the Queen and the Duke of Edinburgh during their visit to Adelaide.

This suite included separate bedrooms and bathrooms for the Queen and the Duke, as well as a living room and bedrooms for their personal staff.

Governors, their families and house guests are currently permitted to use all rooms upstairs, with the ground floor being used for Government House business and official functions.

Adamson was appointed governor of South Australia in May last year, succeeding Hieu Van Le, who had held the post since 2014.

She led the Department of Foreign Affairs and Trade as secretary from 2016 until her appointment as governor and was previously an international adviser to former prime minister Malcolm Turnbull.