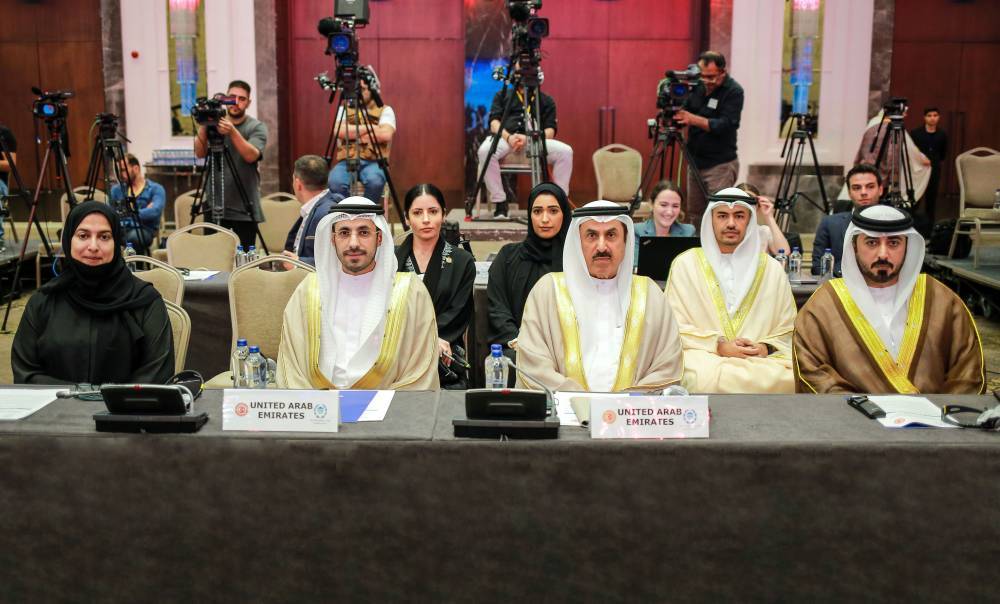 Led by Saqr Ghobash, President of the Federal National Council, the Council’s delegation took part in the World Parliamentary Conference on Migration, inaugurated yesterday morning in Istanbul by Turkish President Recep Tayyip Erdoğan, organized by the Inter-Parliamentary Union in cooperation with the Great National Assembly of Turkey, and with the participation of the parliaments of the Member States, observers and associates of the Inter-Parliamentary Union.

The conference aims to bring together a series of best parliamentary practices on the issue of migration and refugees, and to identify concrete steps that parliaments can take to promote stronger international cooperation and better national implementation.

Saqr Ghobash said that the United Arab Emirates attaches high priority to humanitarian assistance to refugees in many countries of the world, circumventing all the difficulties and obstacles imposed by the outbreak of the “Covid 19” pandemic, which has made it one of the largest humanitarian and development countries. donor countries relative to its gross national income, as the value of aid reached The Ministry of Foreign Affairs provided by the United Arab Emirates during the period 2010 to 2021 amounted to approximately 206 billion and 34 million dirhams / equivalent to 56.14 billion US dollars, to continue its commitment to advancing the wheel of global peace and prosperity, as well as providing development, humanitarian and charitable support in a number of countries in development.

He pointed out that the UAE, throughout its history, has adopted a cooperative and symbiotic strategy in its relations with all countries, with the number of countries that have benefited from development assistance and humanitarian programs reaching 178. countries around the world, while the conference sessions will discuss migration-related agreements, the fight against illegal immigration and the fight against organized crime, sharing the responsibility of the immigration burden and the Turkish experience in welcoming immigrants.

Leclerc said in an interview with Turkey’s “Anadolu Agency” on the occasion of World Refugee Day, corresponding to June 20 each year, that the number of forcibly displaced people worldwide has reached 100 million. He added: “The current number of refugees and displaced persons in our files has never been higher. This is a very negative development because it means that the collective security system of the international community has not been able to prevent wars, conflicts and persecution.” Leclerc pointed out that the first thing to which the commission aspires on the part of the international community and active countries is joint action to achieve peace in countries suffering from wars and armed conflicts.