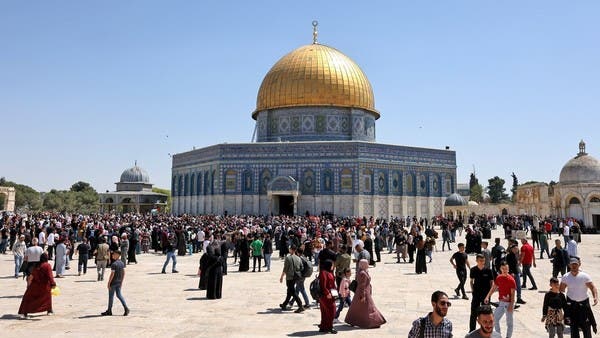 Saudi Arabia issued a statement Friday condemning the Israeli forces for raiding the al-Aqsa Mosque compound in Jerusalem and attacking Palestinians who were inside praying.

“This systematic escalation is a blatant attack on the sacredness of al-Aqsa Mosque and its place in the heart of the Islamic nation,” a statement from the Saudi Foreign Ministry said.

Israeli police attacked Palestinians as thousands were in the mosque for prayers during the holy month of Ramadan.

Israel alleviates that men carrying Palestinian and Hamas flags were in the compound with rocks and stones. Palestinian officials say over 150 Palestinians were injured.

Saudi Arabia called on the international community to hold the Israeli forces accountable for the continued attacks and violations against Palestinians, their land and their holy sites.

The Foreign Ministry also said there was a need for reviving peace efforts in the Middle East.

The recent uptick in violence, including multiple Palestinian attacks on Israeli civilians, has heightened fears of renewed clashes between Palestinians and Israelis.

Last year, during Ramadan, similar violence broke out and sparked the biggest conflict in years between Hamas and Israel. The 11-day war was ended following intervention by mediators, including Egypt, Jordan and the US.