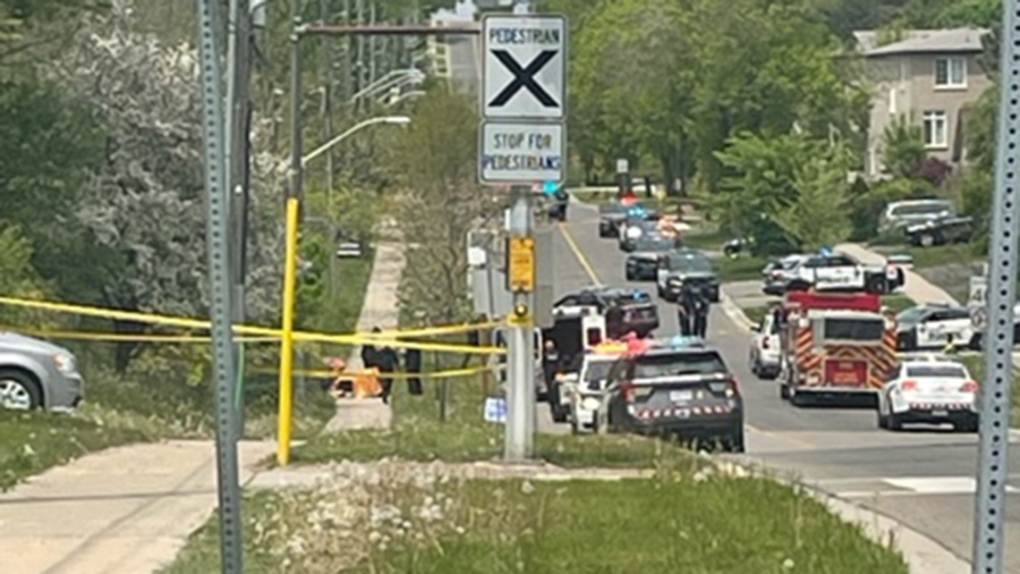 Several Toronto schools are in lockdown after a person was shot outside a Port Union-area elementary school in Scarborough on Thursday afternoon, first responders and an eyewitness said.

Paramedics tell CP24 they were called to the corner of Lawrence Avenue East and Port Union Road at 1.24pm to a shooting.

Paramedics are shown at the scene after a shooting near a Scarborough school on Thursday.

About 30 minutes before the shooting, police were called to Maberley Crescent and Oxhorn Road, just east of the scene of the shooting, to reports of a person carrying a gun in the street.

Police say an officer discharged a firearm at a suspect and punched him at least once.

Video obtained from the scene shows officers cordoning off a section of Port Union Road.

A body covered in an orange tarp is visible on the sidewalk.

Police said there was no wider threat to the public at this time.

With files from Chris Herhalt of CP24.

This is a developing story. More soon…