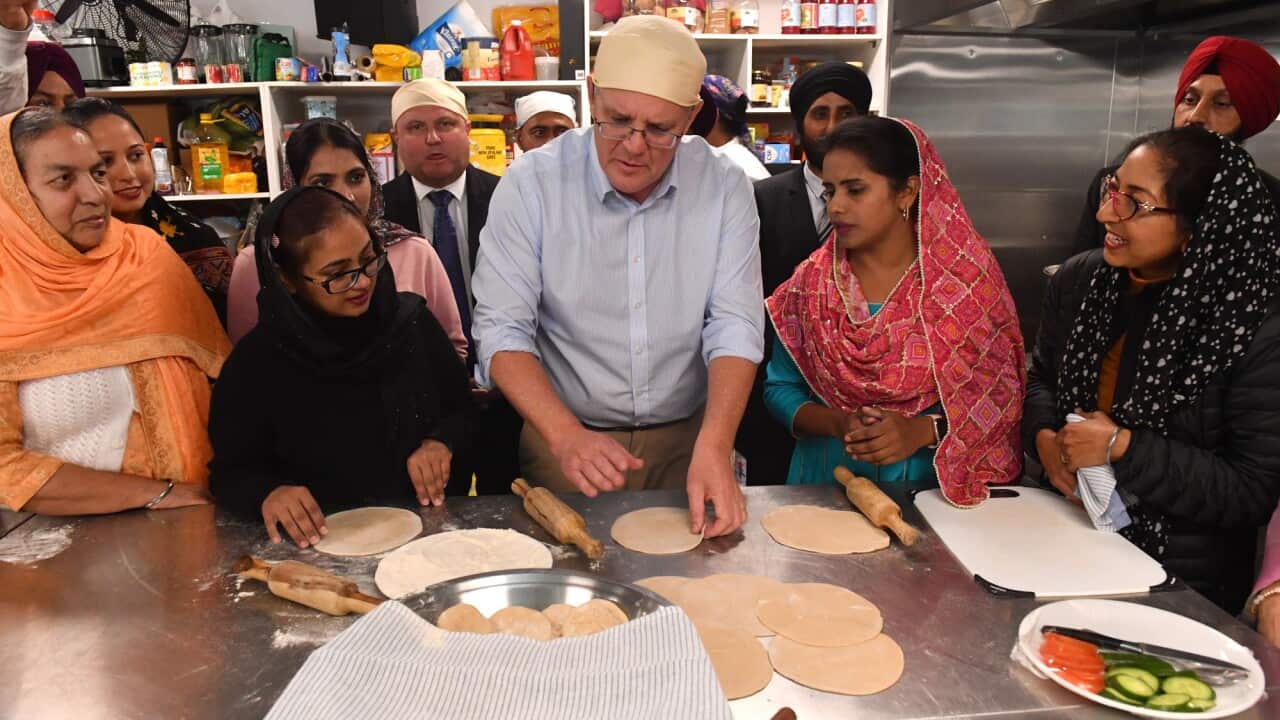 Prime Minister Scott Morrison attended a Hindu Australia Council at the Western Sydney headquarters in Parramatta on Saturday and a Sikh Temple event at the Melbourne headquarters in La Trobe.

On his sixth campaign trip to the Parramatta headquarters, Mr Morrison met with members of the Indo-Australian community to announce $250,000 for a kitchen program providing meals to the homeless as part of a campaign pledge .

The Prime Minister was joined by his Liberal candidate Maria Kovacic and Minister for Multicultural Affairs Alex Hawke at the Hindu Council of Australia’s Meet and Greet event.

He also spent time on Saturday at the Gurdwara Siri Guru Nanak Darbar Sikh Temple in Pakenham in the La Trobe headquarters in Melbourne.

With Election Day less than a week away, the Liberal Party will officially kick off its federal election campaign, along with news of an expanded retirement policy to help attract voters.
Prime Minister Scott Morrison will address party loyalists in Brisbane on Sunday and use the stage to fight for key marginal seats.

The Liberal leader will announce the expansion of a pension contribution scheme, funded by the sale of assets, coalition sources told Nine newspapers.

Under this program, people aged 55 and over who reduce their principal residence can contribute up to $1.6 million in retirement pensions. The terms lower the current policy age by 65 and raise the current cap by $300,000.
Former Prime Minister John Howard should be part of the Liberal mainstays

in the audience at the Brisbane Convention Center on Sunday.

Labor leader Anthony Albanese will also start the day in Brisbane where he will announce Labour’s $1 billion campaign pledge for Australia’s advanced manufacturing industry.
The labor fund aims to strengthen the country’s industrial base and create new opportunities in key manufacturing industries such as transportation, defense, food processing, medical sciences and renewable energy.
Key economic data on unemployment and wages are due out this week.
Mr Morrison on Saturday reaffirmed his promise to ‘show empathy’ and be more consultative after admitting some people found him ‘a bit of a bulldozer’.
The prime minister said if re-elected his government would “change gears” and that he had to be a strong leader during the COVID-19 pandemic.
“It was a moment for me as prime minister of my government to be ready to move on and it was necessary,” Mr Morrison said.
“I will seek…to explain my motivations and concerns, and empathize a lot more.
“The next step is very different…I look forward to shifting the gears of our government to secure the opportunities before us.”

Mr Morrison said the nation was shifting into an “optimistic mode”.

The Liberal Party will ask the Australian Electoral Commission to investigate an alleged election violation by the Labor candidate for the Sydney seat.
Andrew Charlton, who is challenging Parramatta after being handpicked by Mr Albanese, allegedly broke election laws by providing the wrong address to the AEC.
“The Liberal Party will write to the AEC to request an investigation into Mr. Charlton’s potential violations of election law,” a coalition campaign spokesman said.
Mr Charlton had listed a rental in Woollahra owned by his wife as his place of residence, but had moved to Parramatta last month.
Mr Albanese said he expected ‘the rules to be followed’ when asked about the alleged breach on Saturday.
In response, a coalition campaign spokesperson confirmed that the Liberal Party will ask authorities to investigate the matter.

“This afternoon, the Liberal Party will write to the AEC requesting an investigation into possible violations of election law by Mr. Charlton,” the spokesperson said.