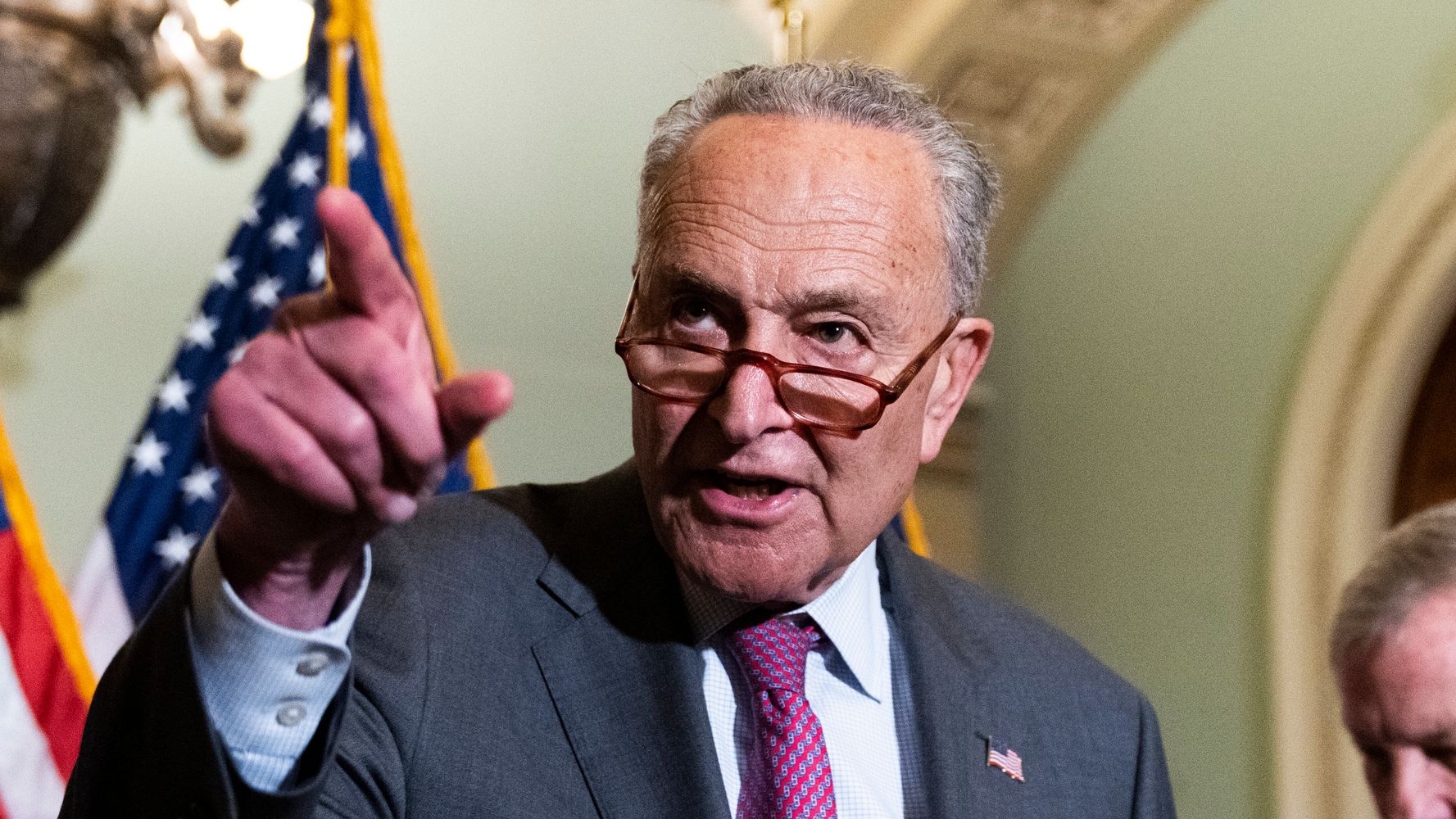 Schumer said he hoped to work with Republicans to win support for a compromise gun control measure, though he acknowledged such an effort was nearly doomed.

“I believe accountability votes are important,” Schumer said in a floor speech. “But, unfortunately, this is not a case of the American people not knowing where their senators are. They know. They know this because my fellow Republicans are crystal clear on this issue.

Republicans, as Schumer suggested, would block any gun action. It would take 60 votes — Democrats only have 50 members in the Senate, who wouldn’t necessarily support a gun bill. The GOP overwhelmingly opposes nearly all gun restrictions.

Still, Schumer could introduce a bill if he wanted to – except it could also make life difficult for some of his members. A vote on gun control measures could split his Democratic caucus and expose vulnerable members to re-election this fall.

There’s also the matter of a previously scheduled two-week break. Many senators — including Democrats — plan to travel abroad on congressional briefing trips. The earliest the Senate could hold a vote on guns is Saturday, which would spoil those plans.

“If Republicans really broke their addiction to the gun lobby … we’d stay up until midnight, night after night, to get through it,” Brown said. “Don’t put that [Democratic] leadership like, oh, the Democrats are leaving town.

.@SenSchumer“You must continue to persist. And we will. And for that reason alone, we must continue the action and even ask the Republicans again to join us. Maybe, maybe, maybe. Unlikely .Burnt in the past.” pic.twitter.com/VMzUlCVDrg

Earlier this month, the Senate voted on a bill codify the right to abortion, even though Democratic leaders knew he didn’t have enough votes to pass. The purpose of this vote, like others, was to let lawmakers know their views on abortion. In this case, too, the records were already clear, but Schumer still held the vote.

On guns, Schumer said voters should remember how Republicans voted in the past and hold them accountable in November.

“Americans can make a choice. Americans can reject the Republican gun doctrine at any cost. … Americans can vote in November for senators or congressmen who reflect their position with guns,” Schumer said.

He said Democrats would also continue to push Republicans to work on a bill.

“We have to keep persevering. And we will,” Schumer said. “And for that reason alone, we need to continue the action and even ask the Republicans again to join us. Maybe, maybe, maybe. Unlikely. Burned in the past. But their hearts could see what happened and join us.