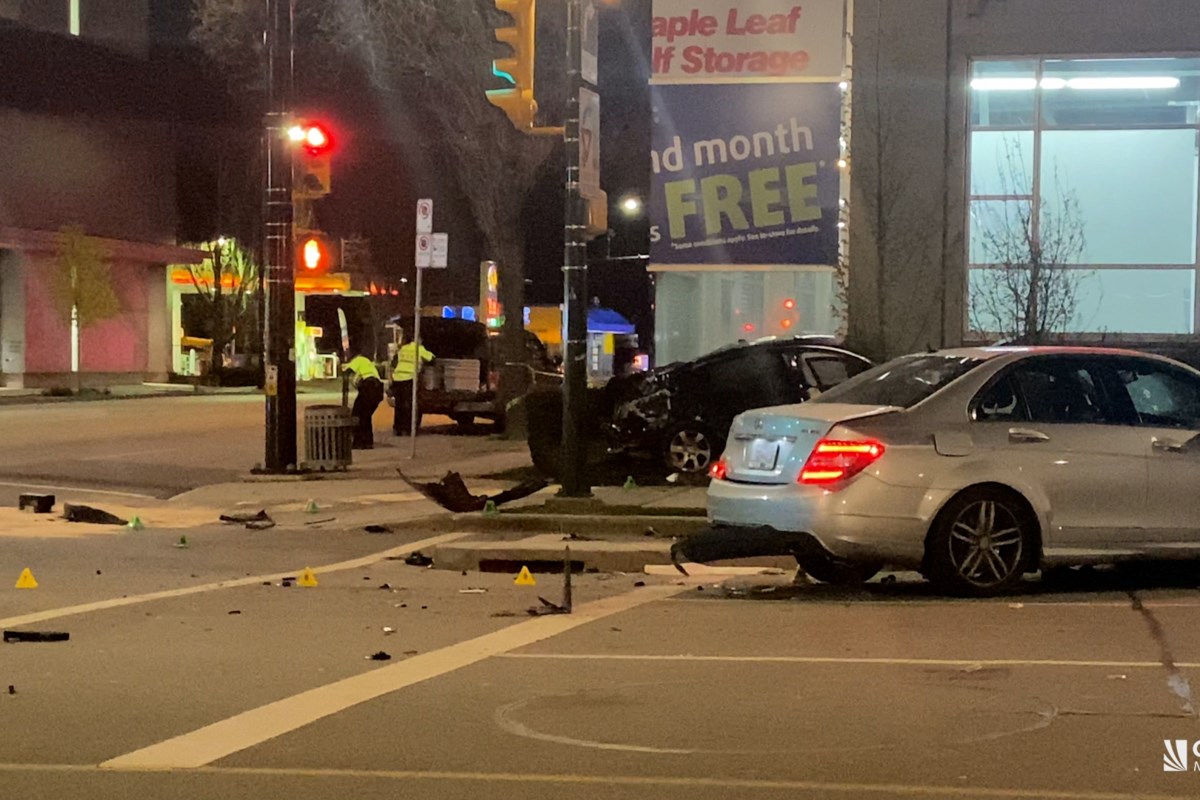 Police are asking people to avoid the area.

A serious multi-vehicle collision has closed multiple intersections in Vancouver on Tuesday night.

Multiple police officers responded to the area of ​​E 2nd Avenue and Quebec Street just after 8 pm, and a heavy police presence remained at the scene for hours after the crash.

One vehicle appears to have crashed into a building and two other vehicles came to a stop on Quebec Street, all three were heavily damaged.

Vehicle parts and debris were scattered across the road and multiple evidence markers were placed in the middle of the street.

Officers tapped off multiple intersections along E 2nd Avenue including at Manitoba, Ontario and Main streets.

Investigators were surveying the scene and Vancouver Police urged the public to avoid the area.

No further details were released about what caused the collision or the conditions of the people involved.

Glacier Media reached out to Vancouver Police for more details and will update this story once they become available.