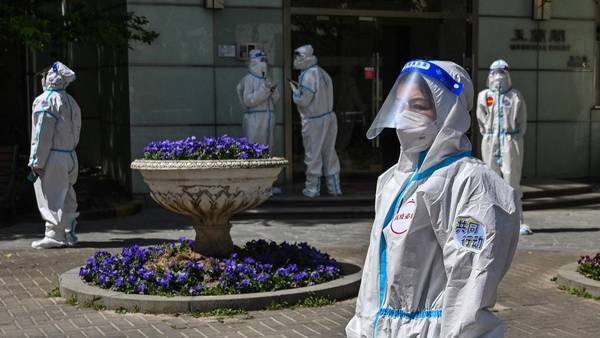 Beijing – Reuters
The city of Shanghai, China’s financial and commercial hub, which has been badly hit by the latest outbreak of the Corona virus in the country, announced further plans on Thursday for the period after lockdown restrictions are lifted, as it is heading towards a return to normal life, but nationwide economic recovery is still a long way off. .
Shanghai is expected to officially end its lockdown measures on June 1 and has cautiously eased anti-epidemic restrictions to allow more residents out, while more cars and other transportation are back on the streets.
City officials said Thursday that high school students can return to class starting June 6, after malls and department stores were allowed to reopen in phases starting June 1.
The city recorded 338 new local COVID-19 cases on May 25, the lowest daily toll since mid-March and well below the tens of thousands of infections during the peak of the virus outbreak in April.
Presenting a pessimistic view of the world’s second-largest economy, Chinese Premier Li Keqiang said on Wednesday that the economic difficulties in some respects were greater than in 2020, when the country first witnessed the spread of the coronavirus. COVID-19.
Li told thousands of government officials across China in an online conference that China would strive to achieve “reasonable” GDP growth in the second quarter.