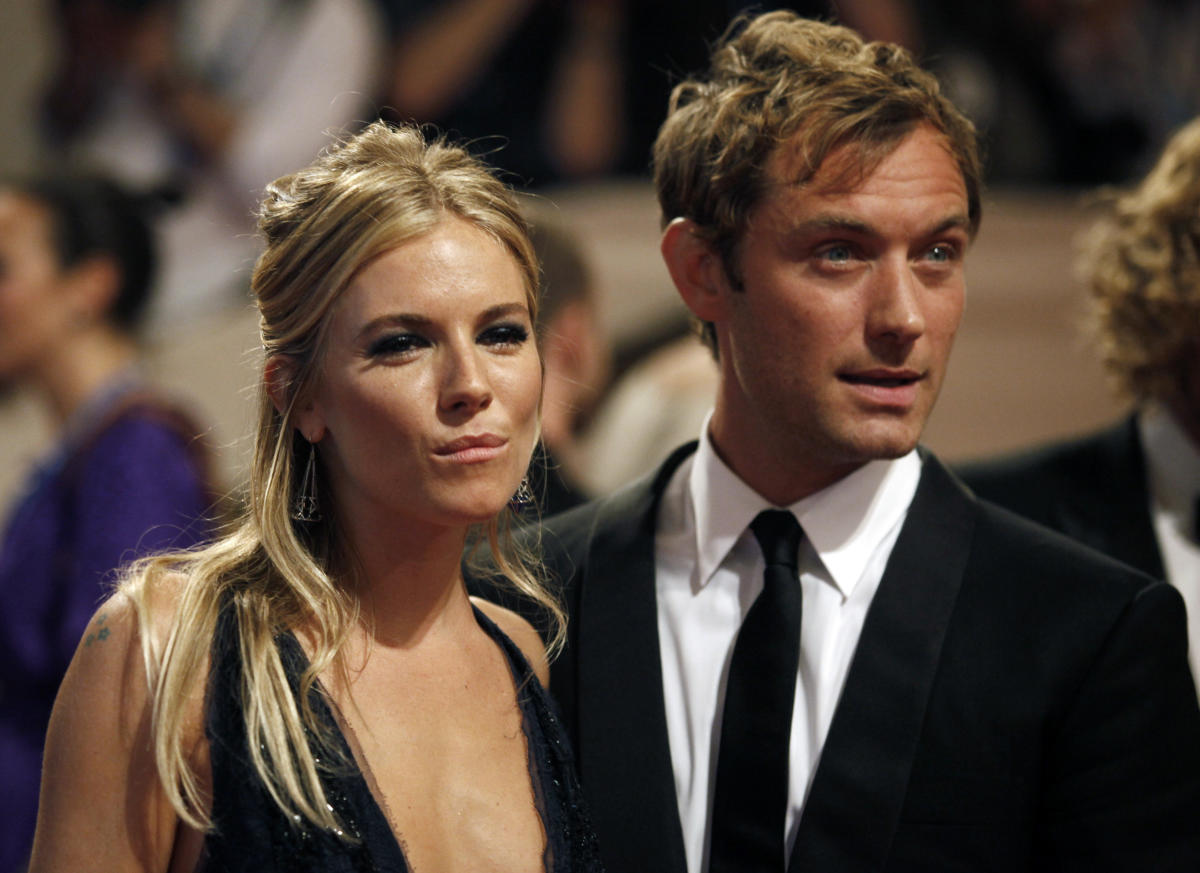 Sienna Miller slips into an unfortunately familiar role in Netflix’s upcoming show Anatomy of a Scandal, playing a woman who’s husband confesses he had an affair. The 40-year-old actress wasn’t cheated on by her husband years ago, but by her fiancé: Jude Law.

The actors, who met in 2003 filming Alfiewere tabloid fodder before Law had an affair with his children’s nanny. Law publicly apologized to Miller in 2005 “for the pain that I have caused,” adding he’s “deeply ashamed and upset that I’ve hurt Sienna.” Miller told She UK the role was “was familiar terrain, because I’ve experienced some of the things that she experienced.”

“And the feelings were familiar. [But] her way of dealing with what’s thrown at her is the absolute antithesis of what my way is. And so, in a kind of twisted, tourism sense, I just wanted to see how it would feel to react differently. I know that sounds weird,” she explained, “because you’d think it would be deeply unpleasant to sit in that space.”

Filming the scene where the husband confesses to the affair elicited a big reaction from Miller.

“I had a mic on my chest and there’s a heartbeat that comes in. It was my actual heartbeat being picked up by the monitor, getting faster and faster,” she recalled. (The unscripted moment is apparently kept in the show.) “It made me think, remember and put myself back in that position.” The actress laughed, “I really must need help, if this is what I enjoy doing!”

Miller added, “There is something cathartic, I suppose, about spending time in an ugly space that’s familiar. And maybe reclaiming it? I don’t know what the psychology of it is. But there is something where maybe you can substitute a memory with something else.”

“I was just catapulted into a totally parallel universe,” Miller reflected, “while being in love [with Law]. There was a lot of magic at that time. At first, it was kind of comical, but very quickly it became insidious and, yeah, scary. And my boyfriend [at the time] had been experiencing it for years and felt, understandably, a lot of hostility towards that kind of attention. So my initial reaction was the same.”

Law and Miller split after the nanny scandal in 2006, rekindled their relationship in 2009 and split again in 2011. She essentially spent her 20s with the Talented Mr. Ripley star.

“It feels like somebody else’s existence,” she shared. “I can go and visit it and look at it, but it doesn’t feel like my life. I can’t quite believe that it all happened. And not to put it specifically on that one thing, but just the chaos of the entire decade is so far removed from my life now.”

Miller, who co-parents 9-year-old daughter with actor Tom Sturridge, turned 40 in December and was thrilled to leave the last two decades behind. Her 30s, she says, was filled with “pressure about kids.”

“Should I have more, and why haven’t I, and all of that, which is a really loud noise. Biology is incredibly cruel on women in that decade — that’s the headline, or it certainly was for me. Then I got to 40 and I froze some eggs. Having been really focused on the need to have another baby, I’m just like, if it happens, it happens. That kind of existential threat has dissipated,” she stated.