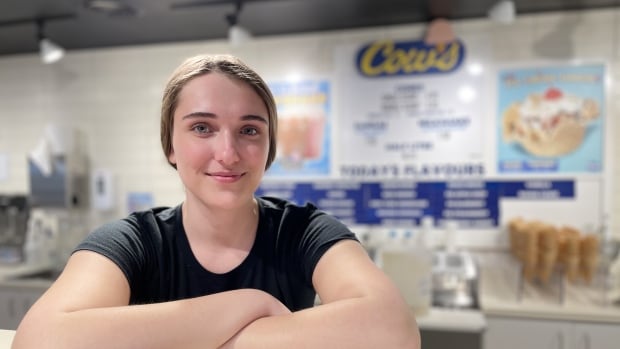 Business owners in Prince Edward Island’s largest seasonal resort area are hoping for a busy summer after two years of COVID-19 restrictions, but many are struggling to find staff for the next tourist season.

Cavendish, on the North Shore of Prince Edward Island, is known for its white sand beaches, coastal trails and campgrounds. It is the home of Green Gables Heritage Place, the site that inspired Lucy Maud Montgomery Anne of Green Gables novels.

It is also approximately 40 kilometers from Charlottetown, and the area relies heavily on young seasonal staff, as the population of the unincorporated community increases by the thousands during the summer months.

But with gas prices hitting record highs in Prince Edward Island – the minimum pump price for a liter of regular gas rose to $2.108 Monday night – these seasonal jobs are becoming increasingly more difficult to fill.

“Gasoline prices – that’s like our number one excuse for why we can’t find staff right now,” said Mya Welton, who runs the COWS Ice Cream Shop in Avonlea Village.

Welton herself drives 30 minutes to work and says the rising cost of gas crosses her mind daily, especially as a student with loans.

“I’ve been here six years…when it comes to it, it’s like, [the owners] need staff and I want to help as much as possible.”

Store owners have raised wages, she said, to help sweeten the deal for potential employees over the summer, but she hopes the tip money will also help offset the commute.

Tourism is key to Prince Edward Island’s economy, and it’s gearing up for a busy summer. Now that the island has finally reopened, businesses are hoping to make up for lost tourism dollars during the pandemic — and they’re even more desperate to hire the staff they need.

“We had to come up with something,” he said. “With gas prices going up almost 50% more than they were last year, we certainly thought … to bring quality people here, we were going to have to pay more. “

Fullerton says cleaners, gardeners and maintenance staff will all earn an extra $1.50 an hour this season.

Captain Scott’s Fish and Chips – another Cavendish location that just opened for the season – is still looking for a cook.

Owner Tom Donovan understands that rising gas prices can be a challenge, especially since most of his staff are university students.

He raised staff wages by $2 an hour this season to help offset the cost of travel to retain his employees while he can.

“I think we’re going to have to pay them more…and I’m okay with that,” he said.

“We’ll offer an extra dollar or two an hour to get them here because I understand it’s expensive to drive here every day.”

Donovan is just one of many seasonal business owners on the island hoping for a strong tourist season and lower gas prices.