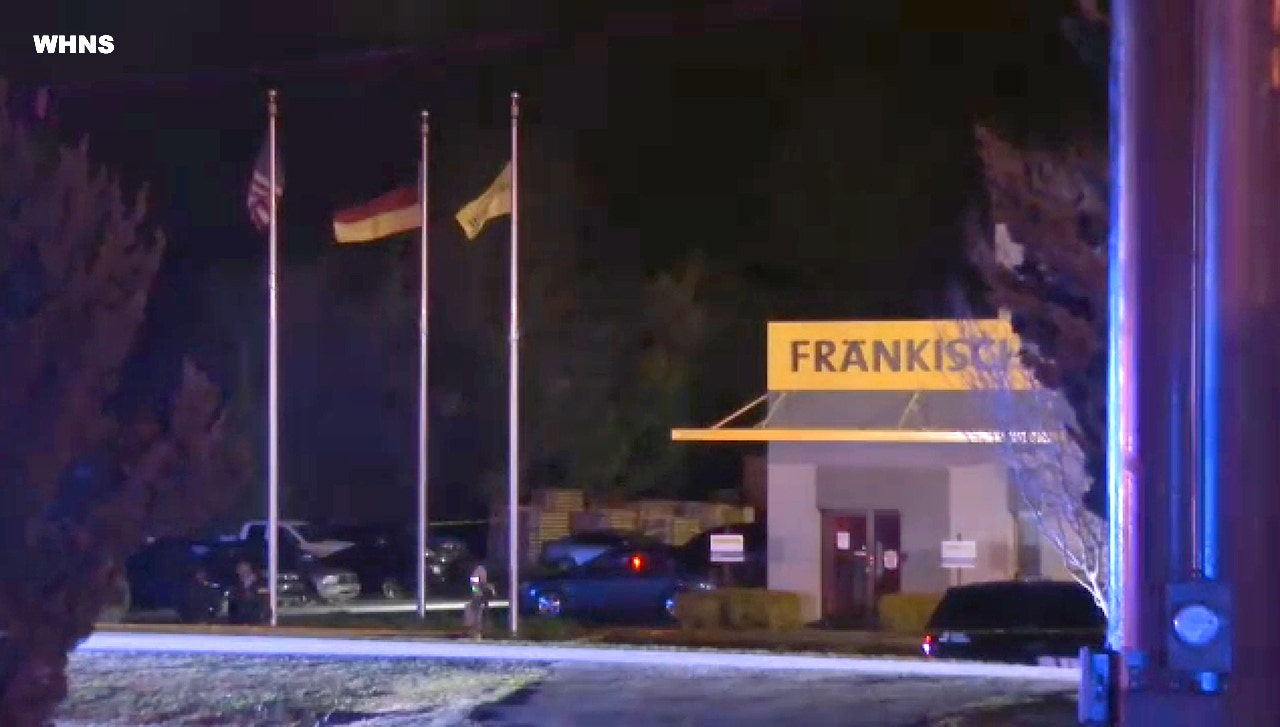 At least three people have been shot at an industrial plant in South Carolina Tuesday evening, officials said.

Emergency services and multiple police deputies arrived at the scene of the FRÄNKISCHE facility around 11 pm, following dispatch calls of an active shooter, where they found two people injured and a deceased gunman, FOX News Carolina journalist Cody Alcorn reported from the scene.

#BREAKING: At least three people shot. Media staging area is set up where we’ll be briefed by @AndersonSheriff following active shooter at industrial plant. Condition of victims not released yet.

It was later learned that the shooter — who was initially counted among the victims — was a former employee of the facility, according to the report.

People standing across the street of a shooting incident in Anderson County, South Carolina (WHNS).
(WHNS)

The other two victims, also believed to be employees, were transported to the hospital, police said. One of the victims was in critical condition, they added.

JUST IN: 3 people shot, including suspect who died of self inflicted gunshot wound at FRÄNKISCHE, according to Anderson Co. Sheriff’s Office.

Other 2 victims brought to hospital, 1 in critical condition. No motive right now but suspect was former employee @foxcarolinanews

No motive is yet known for the shooting.

This is a developing situation. Stay tuned for updates.