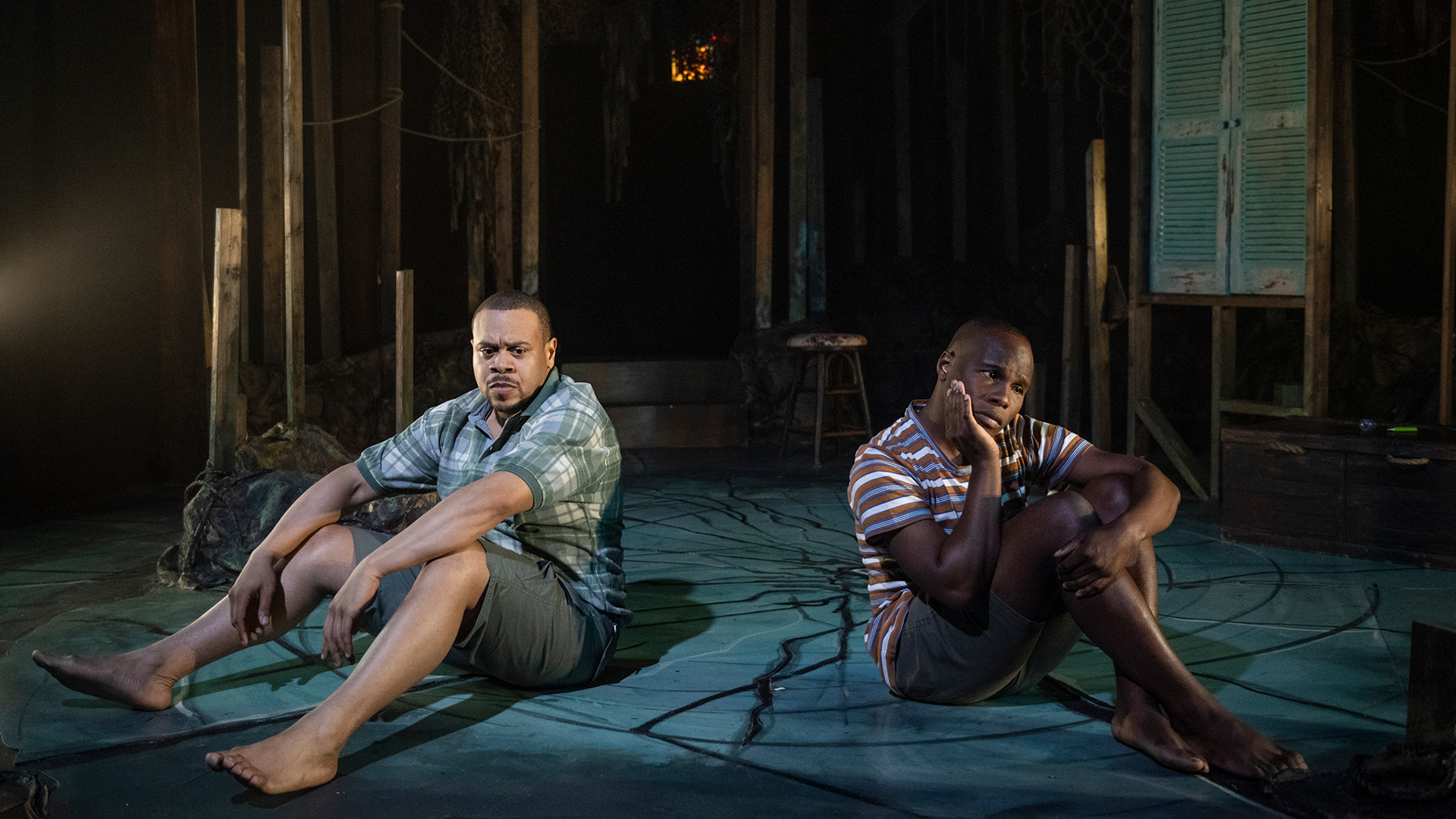 A good piece, suggests Tony Kushner in his 1995 anthology Thinking of virtue’s longstanding problems, “should be overloaded.” Memorably likening well-constructed theater to lasagna, he writes that a work of theater “should scarcely have been saved from the mess it might as well have been” and, at its best, “has a dazzling omnipotence up his sleeve, or rather, under his noodles. That’s an apt description for this tender, searing, funny and deeply moving new play from Terry Guest, which packs more humanity into its 95 minutes than many multi-act projects. .

For queer black teen Z (guest), it doesn’t take many begetting cycles to connect with his enslaved Georgia ancestors – a bloodline in which gentleness and vulnerability were, and in many ways still are. contrary to survival. Much of Guest’s story centers on its protagonist’s relationship with black masculinity and the challenges of navigating the emotional rigidity of his father Ezekiel (Wardell Julius Clark), but The ballet of magnolias himself is ostensibly do not rigid. On the contrary, it bends gracefully. It bends in its narrative structure, in its gravity, in its timeline, and in its misty décor draped in macrame fishnets by designer Steven Abbott and lighting designer Eric Watkins. Fuzzy soliloquies, interludes of music and movement, fantastical sequences and realism, Guest creates a layered and fully realized pastiche of a queer child’s journey to find their place in American society, their family and their own body.

In many new plays, an ethereal, collage-like approach to storytelling can often feel scattered or indulgent, but in director Mikael Burke’s production for About Face Theater, each seemingly incongruous piece fits right in with all the contradictions. . I guess part of that is due to the production’s superb use of music (eclectic sound design by Brian Grimm) and movement (choreography by Jenn Freeman), which viscerally convey elements of the Z experience more directly than words alone could not. In a compelling abstract movement sequence, for example, we see a musical pantomime of Ezekiel giving his son a haircut. It is a gentle, warm physical affection from father to son, from man to man, which has never been spoken about or alluded to openly, which conveys all that the public needs to know about inner understanding and the desire for gentleness. of the father, however inaccessible they may be. be.

Likewise, his ability to recognize and accept his own feelings (although for very different reasons) is Z’s white stoner classmate, Danny (Ben Sulzberger), with whom Z has struck up a friendship over video games and surreptitious blowjobs. Although Z is crystal clear in his sexuality, it’s entirely possible that Danny is bi and will probably never need to date. In a charged and sadly funny scene, the two homoerotically wrestle and tickle while Danny wears a family heirloom Confederate uniform, demanding to be addressed as “Sir”, before Z turns to the audience with a deadpan understatement. : “Being a child was confusing.” Less confusing, he tells us, was his childhood sexual awakening while watching D’Angelo’s “Untitled” music video, perhaps the most influential gay coming-of-age artifact for millennials. apart from Abercrombie shopping bags. “When you were a kid,” Z says, “you didn’t learn the parts of yourself that you were supposed to hide.”

For Z’s father, Ezekiel, however, hiding has become so secondary that he can’t seem to get out of it, even when he wants to. At several points, we see Ezekiel wishing to reach out and make a connection with his only son, but – frustratingly – he can’t quite soften for fear of breaking. At all levels, The ballet of magnolias is backed up by a quartet of excellent and nuanced performances, and it’s a credit to Clark’s portrayal that a character capable of spitting homophobic venom at her son is also capable of heartache and compassion (as well as biting humor and menace, doubling as the virulent racist of Danny papa cop blanc).

As the Mitchell family line comes to light, Sheldon D. Brown lends vocal resonance and physical authority to the “ghost” element of Guest’s Southern Gothic ghost story. It’s a subtle performance, often literally in the background, but it’s integral to what works so well on the show, including Brown’s affectionate and emotionally available portrayal of Z’s late mother and, equally interesting , of his thawing influence on Z’s father. And as Z, Guest creates a rich and complicated character who accepts the prospect of leaving his home in Georgia – an accomplishment that feels less like freedom and more like freedom.

Much of the oft-produced queer theatrical canon can feel stuck in time, stuck in New York City, and stuck in a handful of recurring themes. One of About Face Theater’s enduring successes, I’ve found, is the company’s consistency in bucking this trend by producing work that feels current, raw, and relevant across the broad spectrum of the LGBTQ+ community. The ballet of magnolias is another step forward in this tradition, one that completely enchanted me with its charm.