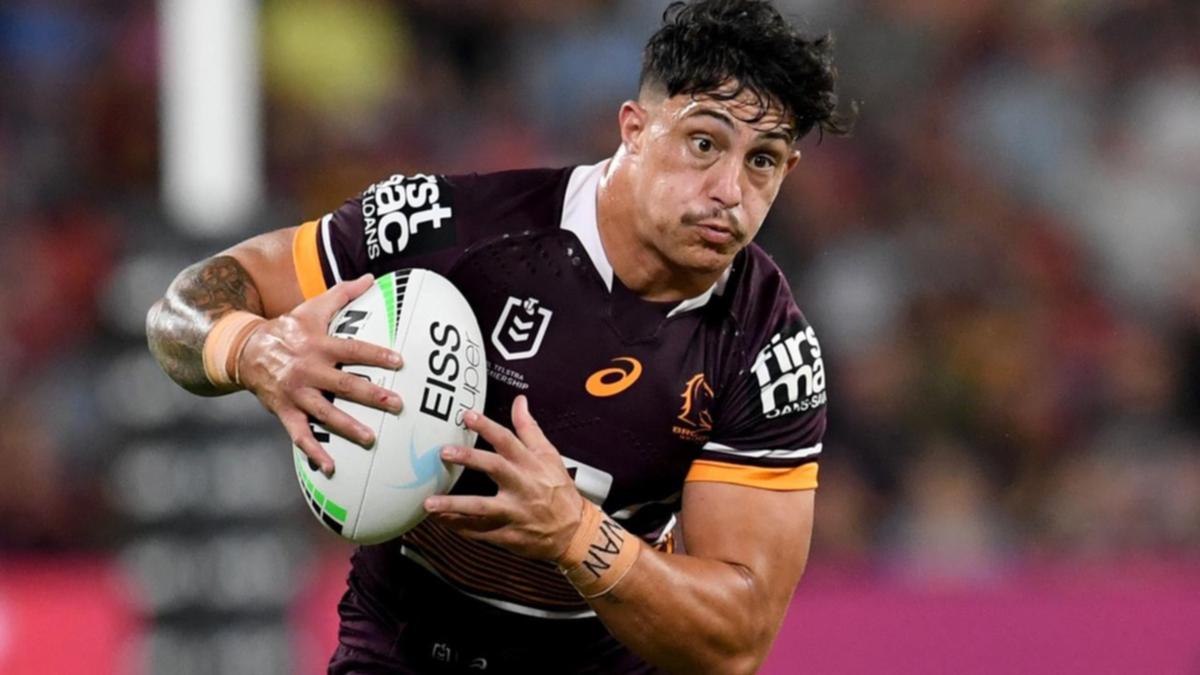 Brad Fittler has cast Kotoni Staggs as the favorite for the NSW center left role after conceding Latrell Mitchell will definitely miss the State of Origin series opener.

Four weeks from the announcement of the NSW squad, coach Fittler admitted he was impressed when Staggs got the better of opponent Siosifa Talakai in their head-to-head duel last Thursday night, urging him to support it consistently.

“The point is it was obvious what was going on, both players were aware of the challenge and when players step up under that kind of pressure, that’s what State of Origin is,” Fittler said Monday.

“Given that, I think there’s a really good push for him…it’s about backing that up and being the best centre.”

But Fittler indicated he might have to wait a bit longer for his chance.

“The thing is, if the players have played together and worked under pressure before, it definitely helps, but any combination or relationship starts somewhere,” Fittler said.

“(Crichton) is still just a kid, he’s in his twenties, I really think he’ll be stronger next year, the year after.”

Fittler’s comments came after it was confirmed that Mitchell will be flying to America for specialist treatment of his injured hamstring later this month ahead of Origin’s June 8 opening.

“We’ve been very open and honest since the start of his injury… game one is pretty much irrelevant (for Mitchell), game two in Perth could be an opportunity,” Fittler said.

“The doctors and obviously Latrell will have a say in the condition of his leg and if he is able to play.”

Fittler locked in captain James Tedesco for the No.1 shirt but added Melbourne-in-form Ryan Papenhuyzen was a serious option for the bench.

“James Tedesco, we don’t give away our captain that easily, he’s normally someone we’ve seen in our plans for a long time,” he said.

“You need people on the bench who can be a bit versatile.

“It’s a bit of a puzzle towards the end, but (Papenhuyzen) is definitely a candidate for that #14 role.”

Fittler is pushing ahead with his Origin plans, despite doubts over administrative control of the NSW team.

NSWRL and the ARL Commission return to court this week in their battle over the election of the NSWRL board in February, and there remains a possibility that the NRL could lead the Blues.

ARLC chairman Peter V’landys told the AAP last week that key NSW staff would be welcome to stay on, but Fittler is also on full-time contract with NSWRL.

Fittler would not be drawn into what might happen if the NSWRL lost control to the NRL.

“I believe there is a court case on Thursday. I’m the manager of the NSW football team and I think it’s here to stay… the rest is out of my control,” Fittler said.