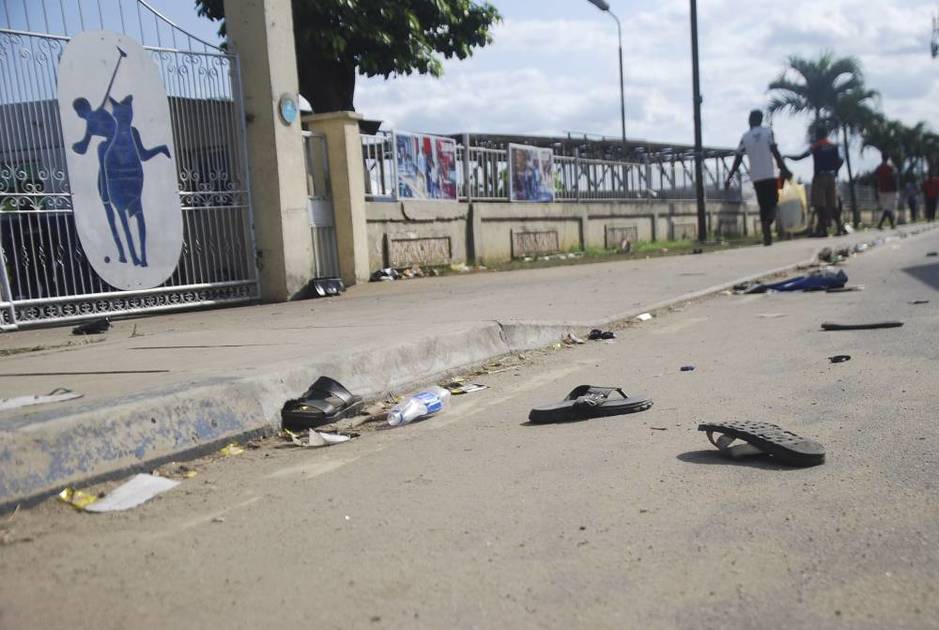 Nigeria – AFP
At least 31 people were killed in a stampede in southern Nigeria on Saturday during a religious charity event at a stadium where food was being distributed, police said. Local police spokeswoman Grace Arinigi-Koko said the stampede happened in Port Harcourt, Nigeria’s Rivers state, killing at least 31 people.
Local Nigerian media reported that the charity ceremony, held at a sports stadium and organized by the Kings Assembly Church, included the distribution of food and gifts for the poor. Photos posted on social media showed families crying and trying to treat the injured outside the city’s military hospital.
Eyewitnesses described cases of stampedes that forced people trying to reach the entrance to retreat.
“They were telling people to back up, back up,” eyewitness Chisom Nwachukwu said, adding that some people rushing from behind were trampling them. Police announced that an investigation had been opened into the incident.
“A large outside crowd stormed the stadium through a narrow gate, which led to a stampede,” said NEMA Southern District Coordinator Godwin Tibecour.
Nigeria has seen several food distribution rushes in recent years, including a rush at an aid agency food program in northern Borno State, in which seven women were trampled to death last year.